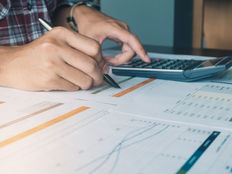 It Will Be A Big Year For This Sustainable Bond ETF

Investors looking for a virtuous and hot corner of the fixed income market need look any further than green bonds and the VanEck Vectors Green Bond ETF (GRNB).

It looks as though 2020 is going to be another year of epic growth for green bonds.

“Signs currently point to a record year for green bond issuance in 2020, after another record year in 2019. Over the course of 2019, $255 billion of bonds were issued that were aligned with the Climate Bonds Initiative’s green bond taxonomy, a 49% increase over 2018,” said VanEck in a recent note.

“Last year’s issuance was characterized by higher non-financial corporate issuance than years past, with $54 billion issued versus $29 billion in 2018. Sovereign issuance also continues to increase, with $26 billion issued – an impressive figure given that a sovereign green bond market did not exist prior to 2016,” according to VanEck.

While green bonds remain a small part of the overall fixed income market, data confirm these environmentally-friendly instruments are growing and doing so at a time when more advisors and investors are mulling sustainability in their portfolios.

“The investable U.S. dollar-denominated green bond market has grown significantly and now stands at $122 billion, based on the S&P Green Bond U.S. Dollar Select Index notes VanEck. “It is also a diverse universe of 137 issuers across government, agency, corporate, financial and asset-backed securities issuers. Five years ago, the market only stood at $17 billion, but it is now large enough to build a liquid, diversified green bond strategy.”