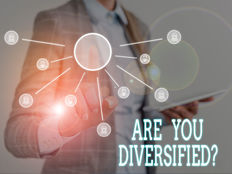 Grains ETFs Are a Great Way to Diversify a Traditional Portfolio

Investors who are thinking about ways to diversify a traditional portfolio mix better should consider commodities like grains and related exchange traded funds to help provide uncorrelated returns.

“They correlate probably the least among the commodities with the S&P 500. So if someone is looking for a diversifier, grains should really be at the very top of their list,” Sal Gilbertie, CEO, Teucrium, said at the Inside ETFs conference.

Gilbertie also pointed out that in 11 of the 12 past periods when the S&P 500 experienced declines of 10% or more, grains have outperformed the equity benchmark.

As a way to tap into the agricultural commodities, Teucrium offers a suite of ETFs including the Teucrium Corn Fund (CORN B), Teucrium Wheat Fund (WEAT C), Teucrium Soybean Fund (SOYB B), Teucrium Sugar Fund (CANE C) and the broader Teucrium Agricultural Fund (TAGS B).

Lastly, TAGS is seen as a catch-all, fund-of-funds ETF that includes exposure to CORN, WEAT, SOYB, and CANE.

Watch Sal Gilbertie Discuss How To Diversify A Traditional Portfolio: