The ETF industry moves fast. Each week, we run the numbers on the ETF industry, and tally up the winners and losers in terms of fund flows and total assets.

This weeks big winner was once again Vanguard: the fund giant pulled in a further $2.1 billion in assets this past week. Competitor iShares was hot on their heels though with $1.4 billion inflows, a marked change from last week’s $1 billion losses. On the smaller scale, after a single day’s trading the TrimTabs All Cap US Free-Cash-Flow ETF (TTAC) raked in $69 million, or over 35% of the firm’s AUM.

On the flip side, while it appeared to be a rough week for Exponential ETFs with outflows of $16.9 million or 22.7% of its AUM, its actually the result of a heartbeat trade in the American Customer Satisfaction Core Alpha ETF (ASCI) that was split across this week and the previous. Trades lie this are not concerning, but investors should be aware of how they can affect flows metrics especially when it comes to smaller firms.

The biggest loser however, was unquestionably Invesco after investors pulled $1.3 billion in assets, the result of a week of steady week of outflows from the Invesco QQQ ETF (QQQ A-). 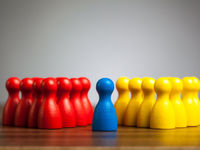 The IWP ETF and Other Unheralded Mid Cap Marvels

High-flying tech names that powering large cap growth might have gotten the shine in the bull... 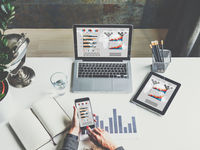 The Internet Thesis Is Inexorable. WEBL Makes It Yours

There’s no getting away from the Internet of things (IoT), especially in the current...