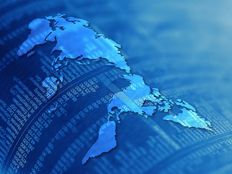 These funds are options-based strategies that seek to buffer the first 15% of potential losses in foreign developed market stocks, via EFA (iShares MSCI EAFE ETF) for IAPR and emerging market equities, and via EEM (iShares MSCI Emerging Markets ETF) for EAPR, while offering upside exposure to their reference asset, up to the cap listed below, over the coming 12-month period.

Return profiles for the Innovator Defined Outcome ETFs – April series, as of 4/01/21

“Advisors who are concerned about equity market risks look to our Defined Outcome Buffer ETFs to provide investors participation in equities’ potential upside yet risk mitigation in the event stocks don’t continue their remarkable climb since the coronavirus rebound began,” said Bruce Bond, CEO of Innovator ETFs. “With five resets across Innovator’s Buffer ETFs, providing advisors with buffered exposure to core domestic equity markets, and two launches in our MSCI international equity Power Buffer ETF suite, the beginning of the second quarter is a big moment for the Defined Outcome ETF lineup.”

Starting with the January series, in 2021, Innovator will be transitioning reference assets of the underlying options within its Defined Outcome Buffer ETFs to achieve the stated outcomes with ETF-based, or fund-based, options rather than index-based options. Innovator’s Equity Buffer ETFs have traditionally used index-based options, while the Defined Outcome Bond ETFs and Stacker ETFs have been constructed using fund-based options. This change is intended to streamline market-making and increase the tax-efficient Buffer ETFs’ operational efficiencies and will not materially impact shareholders. The Buffer ETFs will continue to draw from the same deeply liquid options markets pools that underpin the strategies, the level of the upside caps achieved should be unaffected, and no tax event will be triggered given the options can be transferred in-kind. “These operational changes are intended to harness the power and efficiencies of the ETF wrapper even further for the benefit of our Defined Outcome Buffer ETF investors,” added Bond.