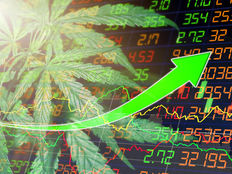 U.S. cannabis single- and multi-state operators are currently only available to investors through second-tier, foreign exchanges, which are not widely accessible through U.S. brokerages. MJUS’s unique investment strategy rivals that of its competitors by offering investors a way to benefit from the continued growth of the U.S. cannabis industry and the leading companies directly involved in U.S. cannabis-related activities.

“We are especially proud to be bringing yet another cannabis product to investors, specifically an ETF that captures one of the greatest untapped areas of growth potential in the industry,” says Sam Masucci, Founder and CEO of ETFMG.

As the largest cannabis market globally, legal cannabis sales in the U.S. exceeded $17.5 billion in 2020, representing a 46% increase over 2019’s $12.1 billion of sales. With several factors driving growth in the U.S., including more states legalizing cannabis and more consumers entering the market in existing legal markets, the rapid expansion of the U.S. cannabis industry is expected to continue and ultimately generate $85 billion in sales by 2030.

MJUS seeks to achieve its investment objective by investing in cannabis companies within the Prime U.S. Alternative Harvest Index that derive at least 50% of their net revenue in the United States and in derivatives with economic characteristics similar to such securities.