The ETFMG Alternative Harvest ETF was the first pure-play cannabis ETF listed in the U.S. The ETF tracks an index of companies involved in the legal business of growing, marketing and selling cannabis products for medical and recreational use.

Since marijuana is still illegal under U.S. federal law, the fund’s holdings are dominated by Canadian cannabis companies. MJ’s portfolio is rounded out with investments in other industries like fertilizer and tobacco.

Like other cannabis ETFs, MJ’s holdings are largely concentrated in thinly-traded small-cap equities, which has raised questions about whether there’s enough liquidity in the underlying stocks to absorb investor inflows without distorting prices.

MJ is one of the most expensive options on the market, with a management fee of $75 a year for every $1,000 invested. Rivals offering similar exposure charge much less: The Cannabis ETF (THCX) charges $70 and the Global X Cannabis ETF (POTX) costs just $50. Another interesting alternative is the Cambria Cannabis ETF (TOKE), an actively-managed fund. MJ is by far the largest fund, and short-term traders might prefer MJ’s size and liquidity to that of its smaller competitors.

Investors should discount MJ’s performance prior to Dec. 26, 2017, which is when ETF Managers Group converted it to cannabis investing. Prior to that, the fund invested in Latin American real estate.

One unusual consideration in the case of MJ is the reputation of ETF Managers Group, the firm that runs the fund. ETFMG is facing lawsuits from former business partners alleging theft of profits and intellectual property. So far there’s little indication that the firm’s legal woes have hurt investors in the ETFs but investors should be aware of the controversy. In December 2019, a federal judge ordered ETFMG to pay $80 million to Nasdaq, one former business partner. The judge sharply criticized ETFMG’s founder and chief executive. ETFMG has appealed.

The adjacent table gives investors an individual Realtime Rating for MJ on several different metrics, including liquidity, expenses, performance, volatility, dividend, concentration of holdings in addition to an overall rating. The "A+ Metric Rated ETF" field, available to ETFdb Pro members, shows the ETF in the Small Cap Blend Equities with the highest Metric Realtime Rating for each individual field. To view all of this data, sign up for a free 14-day trial for ETFdb Pro. To view information on how the ETFdb Realtime Ratings work, click here.

A fact sheet is not available for this ETF. Please visit the MJ ETF home page for more information. 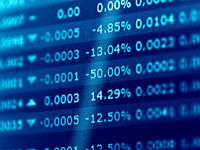