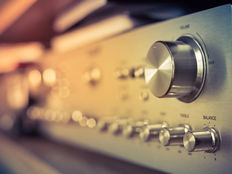 ETF Trends CEO Tom Lydon discussed the Fidelity Magellan ETF (FMAG B-) on this week’s “ETF of the Week” podcast with Chuck Jaffe on the MoneyLife Show.

The fund seeks long-term growth of capital. Normally investing primarily in equity securities. Investing in either “growth” stocks or “value” stocks, or both. Investing in domestic and foreign issuers. Using fundamental analysis of factors such as each issuer’s financial condition and industry position, and market and economic conditions to select investments.

FMAG is a cheap and efficient way to access Fidelity’s storied flagship fund strategy. The actively managed Fidelity® Magellan® Fund (FMAGX) has been around since May 1963.

Magellan was arguably one of the biggest mutual fund stories of the late 20th century. It had a mere $18 million in assets under management (AUM) when Peter Lynch took over in 1977. There’s a wild 29%-plus average annual return that helped FMAGX swell to $14 billion in assets by his departure in 1990. While Magellan eventually eclipsed the $100 billion AUM mark, it has since cooled off – today, it still manages a sizable $28.7 billion.

FMAG is classified as semi-transparent ETFs, meaning the holdings are not disclosed to investors daily. The non-transparent nature helps the fund managers maintain their secret sauce without being negatively affected by frontrunners.

Fidelity’s active equity ETF model employs an innovative ‘tracking basket’ methodology, which maintains the benefits of the ETF structure, provides information to market participants to promote efficient trading of shares, and preserves the ability to add value through active management.

Fidelity will do this via a “proxy portfolio” that includes actual stock holdings and ETFs with holdings similar to what Magellan holds. This “semi-transparent” wrapper allows Fidelity to avoid showing all its cards while remaining compliant with SEC disclosure rules.

The ETF investment vehicle is seen as a more tax-efficient, easily accessible, and cheaper alternative to the traditional Act 40 mutual fund. This is also part of the ongoing adaptation in the fund industry as more mutual funds seek the benefits of the ETF fund wrapper. There is also the risk of cannibalization in that the move could potentially attract away from existing mutual fund shareholders with a lower cost ETF.

Conversely, investors familiar with the Magellan mutual fund might not be comfortable with an ETF, while investors who have never heard of Magellan might not buy that ETF, either. There’s risk in doing nothing at all – if an investor is already looking to migrate from mutual funds to ETFs, and Fidelity doesn’t offer similar lines of products at the ETF level, that investor might move money into another provider’s fund.

Listen to the full podcast episode on FMAG:

How Many ETF Nerds Can Fit on Exchange's Stage?

Bitcoin's Resurgence May Be Durable

For This ESG Bond ETF, Climate May Be Warming

Energy Earnings May Fall in 2023. Does It Matter?