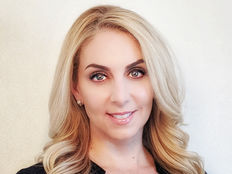 Managed by Nancy Davis, Quadratic Capital Management’s founder and chief investment officer, BNDD seeks to profit from a variety of challenging environments, including lower growth, deflation, lower or negative long-term interest rates, and/or a reduction in the spread between shorter- and longer-term interest rates by investing in U.S. Treasuries and options.

In the U.S., government debt levels have soared recently amid multiple rounds of fiscal stimulus in response to the COVID-19 pandemic. Other recent trends include an aging population, advancements in technology, tax increases, and increasing productivity.

“Some investors have expressed concerns that the U.S. will experience an environment similar to Japan given the debt increase and labor market. Quadratic Capital aims to help these investors achieve their goals using our expertise in the interest rate and options markets,” said Davis.

“It’s prudent for investors to have tools available to them so that they are prepared for a wide range of economic outcomes and environments,” said Davis, portfolio manager of the Quadratic Deflation ETF.

The BNDD portfolio is comprised of long-dated U.S. Treasury bonds, which are enhanced by a portfolio of options. Bonds tend to perform well during times of deflation due to low interest rates. When interest rates fall, bond prices typically rise. The options portion of the portfolio is expected to increase in value with the compression of the spread between shorter- and longer-term interest rates.

The options within the BNDD portfolio are traded on the over-the-counter (OTC) interest rate markets, which are typically unavailable to most investors. Quadratic Capital Management is at the forefront of providing access to this market for all investors.

BNDD may help investors during times when other parts of their investment portfolios struggle.

Nancy Davis founded Quadratic Capital Management in 2013 and is the portfolio manager for Quadratic’s ETFs.

Ms. Davis has been the recipient of numerous industry recognitions. Barron’s named her to their inaugural list of the “100 Most Influential Women in U.S. Finance.” Institutional Investor called her a “Rising Star of Hedge Funds.” The Hedge Fund Journal tapped her as one of “Tomorrow’s Titans.”

She began her career at Goldman Sachs where she spent nearly ten years, the last seven with the proprietary trading group where she rose to become the Head of Credit, Derivatives and OTC Trading. Prior to starting Quadratic Capital Management, she served as a portfolio manager at Highbridge Capital Management. She later served in a senior executive role at AllianceBernstein. Ms. Davis writes and speaks frequently about markets and investing. She has been published in Institutional Investor, Absolute Return and other industry journals, and has contributed articles to two books. She has been profiled by Forbes, and interviewed by Barron’s, The Economist, The Wall Street Journal, and The Financial Times among others. Ms. Davis is a frequent guest on television including CNBC, Bloomberg, CNN, Sina and ABC.

Quadratic Capital Management is an innovative asset management firm founded in 2013 by Nancy Davis. The firm has utilized its significant expertise in the interest rate volatility and options markets to construct The Quadratic Deflation ETF (BNDD) in ways that help mitigate downside risk, while maintaining upside potential. The firm is based in Greenwich, Conn.

This ETF Has Surprising Sustainability Inroads