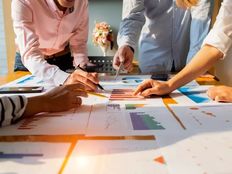 Holly Framsted, head of ETFs at Capital Group, told ETF Trends and ETF Database’s CEO Tom Lydon at Exchange: An ETF Experience its late entrance into the ETF arena speaks to the ethos of Capital Group as an organization.

“The firm was founded and has always been headquartered in Los Angeles in an effort to really focus on long-term investing,” Framsted said. “So to move away from the trader mentality of Wall Street and in New York City. As a result, when we think about investing, we really think about long-term asset allocations.”

Framsted said that when most investors talk about ETFs, liquidity is really one of the things that they talk about as a key advantage to the structure, and liquidity implies trading. “I think for many of our clients, we expect that they will be buy-and-hold buyers of the vehicle, and so I think that that makes us a little bit differentiated in how we’re approaching the market and how we think about structuring product.”

“So the idea of Capital Group going into the ETF space was not an afterthought. It wasn’t something like, ‘Oh geez, we’re late, we need to do this,’ It was a very calculated decision,” Lydon said.

“Well, I think we started with six products, and that’s not where we’re likely to stop,” Framsted said.

Lydon pointed to the inflows — a whopping $700 million — that Capital Group’s new ETFs have seen in the weeks since inception, asking Framsted what else the company plans to bring to the market.

“I see a ton of blue space for active management at the core of a claim portfolio,” Framsted said. “We haven’t really seen active at the core, and I think we haven’t seen it because until recently, the regulatory environment just wasn’t there. So our clients have been asking us for active ETFs for a long time.”

The ETFs currently offered by Capital Group include: