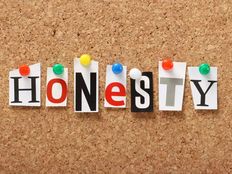 The vibe at Exchange was nothing I could have expected.

I knew we’d all be excited to see each other again. Never could I have anticipated the delight of seeing old friends and colleagues after two years of Zoom calls and Google meetings. There’s something about being with people in three-dimensional spaces, isn’t there? My voice is still raw from the shouts and raucous laughter, and I hugged so many people that my shoulders were sore.

That said, I also noticed some hesitation at Exchange, a subtle wariness many of us tried to downplay as “awkwardness” or “feeling rusty” — understandable, given the trauma block we had to push through just to attend the first big industry event in two years. The COVID-19 pandemic isn’t over. We’re not even on the other side of it yet: The pandemic has killed one million people in the U.S. alone. It will kill more before it fades into the history books, not to mention the millions more it will leave permanently disabled or grappling with “long COVID.”

That kind of loss leaves a mark. Each of us bears the scars of it in our own way, and I don’t begrudge anybody how their brains react to it or their choices. But I’d like to think that our experience is making us, as a society, more honest. More honest with ourselves about what we want out of life and what matters, and more open with one another — for better or worse.

I’m about to tap into some of that honesty now.

The Ground Game That Wasn’t

The ETF industry was shaped by the pandemic just as much as any of the individual people living through the past two years. When the ETF Rule passed in late 2019, the dominant feeling was optimism. It was as if the SEC had thrown open the floodgates for a whole new generation of issuers to storm the market — which they subsequently did.

Only to be met with crickets.

For the past two years, there haven’t been any roadshows, steak dinners, home office visits, or conferences. Offices were closed, and the business of decision-making had moved to Zoom rooms (which were invite-only). The usual ground game that goes on to support new products simply couldn’t be done, at least not as it had in the past.

As a result, issuers had to adapt to digital distribution methods, while advisors had to rely on digital due diligence and virtual research tools. While that’s been suitable for places like ETF Trends & ETF Database, it’s also required a mental shift on everyone’s part, especially for issuers new to the ETF space, who might not have intuitively clocked how critical that digital ground game would be to their success.

For advisors, virtual is reality now. In January, we conducted a straw poll of some 670 advisors asking what kinds of support they wanted most from issuers. We found that 51% wanted more regular market commentary, 36% wanted more investment insights, 20% wanted more practice management webinars… but only 7% wanted to speak directly with an investment strategist.

That poll is so telling. While I admit that I’m pretty biased in favor of the written word, given my new role as editor-in-chief, I firmly believe that good content can’t be beat. The right research paper or blog post can explain a strategy, break it into its component parts, and suss out the relevant facts in a digestible way. Plus, it does so in a format that gives the investor ultimate control over consumption. Content is useful. And usefulness builds trust.

At its core, that’s what this whole industry is built on: Trust.

Historically, the ETF industry has been an Island of Misfit Toys — a collection of nerds who didn’t quite fit in with the rest of Wall Street, lured in by the potential of an investment vehicle that prioritized the investor, rather than the fund company issuing it. The ETF didn’t just lower trading and ownership costs; it opened up vast swaths of the previously roped-off markets for only the highest-roller investors.

We like to say that the ETF vehicle “democratized investing.” It did. But another way of saying this is that ETFs made investing more honest. The technology — and the ETF is a technology — threw back the curtain on portfolios on a daily basis; it broke out every cost an investor paid (and did away with many of the superfluous ones).

That honesty ended up curating an investor base who themselves were more honest. These investors didn’t just want the greater transparency and cheaper price tags; they also appreciated that their investment outcomes were being put first before an issuer’s 12b-1 kickbacks or profits from exorbitant expense ratios. They believed they deserved a better investment experience and pushed product issuers to provide it.

As a result, at least in my experience, the ETF industry has always been an honest one, with a high intolerance for B.S. Bad actors tend to be ferreted out. Maybe not today. Maybe not tomorrow. But sooner or later, the truth always comes to light, and the flows follow. Something I believe, deep in my bones, is that honesty is the best policy. As a former reporter, it’s my guiding principle, the star I steer my ship by. I appreciate that it seems to be the industry’s North Star as well.

I’ve been beyond lucky to get to know so many decent, hardworking, honest people in this industry, many of whom I met for the first time at Exchange. Yet there are so many more I have left to meet. I can’t wait until next year. (No, really, I mean it: I can’t wait. Hit me up at lcrigger@etfflows.com or on Twitter at @laracrigger, and let’s connect.)

I love ETFs. I love them because there’s always something new, innovation around the bend, or new ideas to discover. The Exchange conference made me fall in love with this Island of Misfit Toys all over again. We really do have something cool going on here.

So let’s keep that momentum going. Onward to next year’s conference, of course, but also to the next great ideas and the next bright minds who will shape the ETF industry of tomorrow and keep it honest in all the right ways.