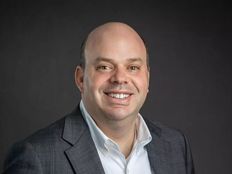 Investors flocked to fixed income ETFs on June 13 even as the yield on the 10-year Treasury yield spiked above 3.4% on rapid anticipation that the Federal Reserve would more aggressively raise interest rates later that week. Fixed income exchange traded products traded $58 billion last Monday — more than double the 20-day average daily volume and setting a new record, according to data sourced from Bloomberg. The prior record for dollar volume was $53 billion on March 9, 2020, as concerns about the spread of COVID-19 first accelerated.

Across all asset classes, ETF volume totaled $292 billion, 70% more than the 20-day average, yet fixed income was the category of note. For years, even as advisors and investors have poured more money into fixed income ETFs, there were concerns cited by skeptics that when investors wanted to get out they would face challenges, like staying at the Hotel California.

On the contrary, last week was a further factual counterpoint that showed that investors are increasingly using fixed income ETFs as the vehicle of choice during times of market stress to get in as well as get out of the bond market. While the liquidity of individual bonds often dries up when there is uncertainty and managers of mutual funds often need to sell bonds to meet client redemptions, most ETF trading takes place in the secondary market.

In 2021, 80% of all bond ETF trading and coincidentally 80% of domestic high yield bond ETF trading occurred between buyers and sellers without the result of shares being created or redeemed, according to data from the Investment Company Institute; 88% of emerging market bond ETF trading was in this secondary market.

On June 13 this year, a record $25 billion of corporate bond exchange traded products were traded, while the $18 billion volume for government bonds was the third-highest ever. A whopping 80% of corporate bond ETF volume from last Monday was in high yield bond products as investors sought to reallocate risk.

The iShares iBoxx $ High Yield Corporate Bond ETF (HYG A), the largest of the high yield bond ETFs, traded a record $9 billion on June 13, more than double its recent average according to BlackRock. Meanwhile, the SPDR Bloomberg High Yield Bond ETF (JNK A+) traded an all-time high in value of $4 billion that same day.

At VettaFi, we also saw a notable shift in what visitors to our websites were recently seeking. Interest in researching JNK and HYG on VettaFi’s ETF Database platform spiked 60% and 31%, respectively, in the week ended June 16 compared to seven days earlier; HYG’s page received the most traffic of any high yield bond ETF on our platform.

The surprise corporate bond ETF star from iShares was the iShares Broad USD High Yield Corporate Bond ETF (USHY). While USHY’s $2.2 billion in volume was less than a quarter of HYG’s and nearly half of JNK’s, it was six times its own average volume. USHY’s relative appeal compared to fellow iShares offering HYG has been its expense ratio that at 0.15% was one-third the price of HYG’s, so it is particularly encouraging to see a trading crowd flock to it.

While the $62 billion of net inflows for fixed income ETFs as of mid-June is not on pace to match the back-to-back $200 billion-plus cash haul the category took in during 2020 and 2021, the environment is quite different. The Federal Reserve is in the midst of an aggressive rate hiking program in an effort to tame inflation, but this has caused the average fixed income fund to decline in value and made many advisors question whether their current allocations to bonds still make sense.

The good news for those advisors who are rapidly turning to ETFs to gain exposure to high yield or other fixed income categories is that they are not alone. There’s more liquidity in the fixed income ETF market than ever before.