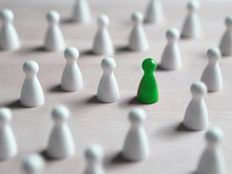 How Engine No. 1 Breaks the ESG Mold

There are a proliferation of funds out there that address environmental, social, and governance priorities for investors, but in an age of increased investor engagement, one issuer is tackling climate change head-on while pioneering a strategy that can appeal to any investor and drive meaningful change within industries.

Engine No. 1 is an investment firm that made waves and national news through its activism efforts last summer that led to three Exxon board members being ousted for replacements who had existing experience in the energy industry and in transitioning companies. The firm continues to drive measurable, meaningful change through its engagement with companies in the U.S., including General Motors and major U.S. oil companies.

A key milestone achieved just last month was the announcement that ConocoPhillips, Pioneer Natural Resources Co, and Devon Energy Corp — three of the biggest oil companies in the U.S. — had all independently joined the Oil & Gas Methane Partnership 2.0 (OGMP 2.0).

OGMP 2.0 is global, but the majority of companies that have signed on as of now are based in Europe. The group, led by the U.N. Environmental Programme, the European Commission, and the Environmental Defense Fund, is working to create a framework to measure and report emissions of methane, a potent greenhouse gas that is 80 times more impactful than carbon dioxide and a common byproduct of pipelines and oil fields.

The commitments of the three U.S. oil giants were in part made possible because of Engine No. 1 as the firm worked in collaboration with each of them to address investor concerns regarding methane emissions, creating a path towards reduced emissions while simultaneously generating long-term return opportunities for investors.

“Companies must consider environmental and social factors as their customers and governments are demanding it – and doing so creates value over time,” explained Yasmin Bilger, head of ETFs at Engine No. 1, to VettaFi.

The firm is also heavily engaged with automaker General Motors. Last year, the company announced its intentions to convert 100% of car sales to battery electric vehicles by 2035, one of the first in its industry to do so. Engine No. 1 named the strong management team as well as a forward-looking board as reasons that it is working with the auto maker to help bring those goals to fruition.

“The company took early steps to invest in the technology to build a new platform and convert their entire production fleet to electric vehicles, and now they are one of the companies best positioned to monetize those early investments,” Bilger said.

Engagement Through VOTE and NETZ

GM’s commitment to electrification is the kind of vision and drive that Engine No. 1 seeks to promote and support in companies through its engagement efforts, accessible through the firm’s two ETFs. These include the flagship ETF, the Engine No. 1 Transform 500 ETF (VOTE A), which invests in all companies within the S&P 500, providing beta exposure with an expense ratio of 0.05%, and the more targeted Engine No. 1 Transform Climate ETF (NETZ ).

The firm uses the votes it is granted from owning shares of the companies to engage in proxy voting at company board meetings on a variety of issues, including executive compensation, board representation, and company practices and policies. Proxy voting is a practice where investors allow someone else to vote in their stead; in the case of Engine No. 1, this means the firm can vote its shares towards pushing for improvements within companies that will create lasting value for both the companies and their shareholders.

“Our ETF platform encourages active ownership across the broadly held public markets. Our engagement isn’t just checking a box where you try to meet with hundreds of companies per year. As a firm, we focus on the highest impact engagements where we can drive material impact and create long-term value for shareholders and stakeholders,” explained Bilger.

VOTE and NETZ both give “investors the opportunity for engaged ownership—to use their voting power to hold companies accountable for accelerating adoption of best practices and increased transparency,” according to Bilger.

The two ETFs were designed to work in tandem with each other. VOTE provides passive core beta exposure to the S&P 500, while NETZ provides an active, high-conviction, thematic approach that is currently focused on 26 companies (as of August 2) and seeks higher returns over time. Both work to create change through Engine No. 1’s engagement practices.

Engagement is increasingly being recognized as a strategy within ESG investment that can drive greater environmental change at the heart of where it is needed most, often in some of the heaviest polluting industries. It’s a far cry from the divestment approach to environmental investing that has been popular with investors in the past.

“Divestment is disengagement. You can’t help solve a problem by running away from it. Engaging with companies on the ESG issues that are material for them is the only way they can be profitable and sustainable for the long term,” explained Bilger.

In the U.S. as of now, there is no regulatory framework for ESG metrics, measurement, or reporting; this makes it easy to get bogged down in trying to rate companies compared to their peers, or to assign an “ESG score” to individual companies. Engine No. 1 seeks to sidestep all of that, focusing instead on the much bigger picture through its Total Value Framework.

“Our Total Value Framework (TVF) ties E, S & G data directly to economic outcomes. By connecting companies’ material environmental and social impacts to their financial performance over time, TVF helps us puts a tangible value on the focused actions that a company can take today and shows how those actions will make a company more valuable over time,” Bilger said.

It’s an important difference in a time in the U.S. when there is little agreement as to what data should be measured when it comes to ESG metrics, or how this data should be collected, reported, and provided to investors. It makes trying to compare companies and their current ESG metrics a herculean task. By instead focusing on where a company is going in terms of its ESG goals and measuring the difference that achieving those goals would make for value creation, Engine No. 1 creates a more definitive forward-looking framework for investors while pushing back against the narrative that ESG investing equates to reduced returns.

“We believe there doesn’t have to be a tradeoff between sustainability and returns. In fact, through our Total Value Framework, we show that companies that take their impacts into account will perform better over time,” Bilger explained. “A sustainable business is simply a company that can cover all of its costs, including the costs associated with its externalities, and make a profit. Thinking about investing this way aligns interests and is long-term capitalism.”