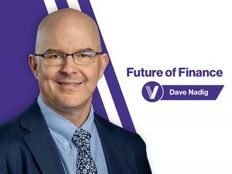 The INDEX Act: The Upcoming ESG Battle Is for Your Vote

I admit it, I regularly round-file any paperwork that shows up in a big plastic bag and says something like “Your Vote Matters!” If you’re honest, I’m guessing you do too. Those tomes of paper still show up for random funds or stocks in my brokerage account despite my best efforts to de-paper my life, but like 70% of all individual investors, I honestly can’t be bothered most of the time. I’ll take the moral high ground and say I have voted on individual company issues in the past, but it’s by far the exception, not the rule.

When I was an actual mutual fund manager, I was much more personally invested, with the energy and time to take actual direct action on voting. During the dot-com era, proxy votes (when one party votes on behalf of another) around Merger and Acquisition activity were near constant, and while I won’t claim our small shop spent weeks at a time on it, we did at least discuss upcoming votes in portfolio management meetings and made votes on behalf of our shareholders. Because as tedious as it is, proxy voting occasionally matters: ask the folks at Exxon, who have new board members thanks to a campaign last year by ETF issuer Engine No. 1.

Recently, a significant amount of “anti-ESG” ink has been spent discussing the proxy voting power of the big three index providers: BlackRock, Vanguard, and SSGA, with publicity-hungry politicians like Ted Cruz wading into the discussion. The core premise of this anti-indexing argument is that the big firms have too much power when it comes to determining the fates of the companies they invest in on behalf of shareholders — and they do have the ability. Depending on how you count, something like 25% of the voteable shares of U.S. companies are in the hands of the big three. That’s a lot!

Welcome to S. 4241., a doomed piece of legislation proposed by a cadre of Republican Senators. The headline of the act, if you simply read the effusive praise coming from the Wall St. Journal Opinion Page the Mises Institute, is that it returns votes to shareholders.

Hey, I’m all for that! I am 100% a believer that pass-through proxy voting is the correct way to handle corporate governance — but as always, the devil is in the details.

The default under the 1940 act is that absent contractual delegation from the investor to the investment advisor running the ‘40 Act product, no voting can happen. That’s the baseline: ‘40 act funds don’t vote (rule 206(4)-6, if you’re playing the home game). You don’t get to vote for your shareholders unless you jump through some hoops. In practice, what really happens is that the agreement between each fund and its investment advisor formally delegates voting authority to the advisor, and the advisor then has certain obligations (for the last 20 years or so) to have and publish certain policies and procedures around how the advisor plans to and does vote, which nobody will ever read until someone gets sued.

This is not a bad system! I buy an ETF that ETF’s fund board represents my interests under the guidance of the fund’s prospectus (which might include, like in the case of Engine No. 1, explicit voting guidance, not just investment management guidance). If I don’t like how BlackRock, for instance, is voting my S&P 500 shares, I can find many other S&P 500 funds out there to pick from. And boy do they tell you how they vote, and why, if you care to read it.

The INDEX Act invalidates this delegation and would prohibit any fund which is more than “40% Indexed” — or which makes claims about being passively managed — from voting at all if the advisor (considering all of its total advised assets), owns more than 1% of the shares. The exception would be for those specific instructions from the individual shareholder. Further, to collect that voting intention, they have to guarantee that they have delivered voting materials to all shareholders, and can only vote on what responses they get back.

This sounds reasonable, but it is, in practice, impossible. ETF shares are often held through multiple levels of custody, and while it may be technically possible to find me in my Schwab account to ask my opinion about a TSLA vote because I own SPY, the volume of information that would be required and the inability for me to delegate any of it would mean I would check the “please stop sending me this” box, and thus, my vote would never count on anything ever again. Worse, the only safe harbor for the asset managers on the hook for this new rule is that they “may choose not to solicit voting instructions from any person.”

In other words, the easy way to compliance — the way the law is clearly intending it to be implemented — is to simply disenfranchise every single index fund investor in the market. It’s not only a bad idea from a fundamental capitalism standpoint, but good luck getting a quorum for your next mid-cap merger without any index funds in the mix. Getting enough votes present to even have a meeting can already be an issue, just ask Oragenics.

The wheels of governance could come to a halt if enough votes are sidelined.

So What, Big Deal

Look, I’m a realist. This bill isn’t getting out of committee, but there’s surprisingly bipartisan support for some sort of change to the proxy system. Any time Bernie Sanders and Ted Cruz get annoyed about the same thing, we should all pay attention.

In my opinion, there is a “right” solution here, and it doesn’t have to be that complicated.

Legally, this isn’t all that difficult to create words around. Technically, it’s a bear, but no more than implementing the INDEX act would be. It requires a set of plumbing we do not currently have in the United States (although it’s plumbing being built and tested by hot-shot market structure startup Tumelo in the U.K. and Europe).

The key difference here is delegation: delegation is actually kind of the bedrock of all voting and democratic systems. In a perfect world, I could select my fund manager as a delegate (which I do now, by convention), but there’s really no reason I couldn’t, for instance, check a box to delegate my vote to the Sierra Club, or the Federalist Society, or anyone else who wants to get into the business of having formal opinions on corporate governance.

Any version of that would be better than what the INDEX act proposes — the wholesale disenfranchisement of 25% of the capital structure. The modern capitalist system isn’t written on tablets anywhere — it’s a fabrication that we all collectively agree to believe is real. That collective belief can and should change based on the desires of the participants, and in capitalism, that’s through ownership. If 25% of the capital structure wants to delegate their votes to their passive, active managers, why should that choice be invalidated?