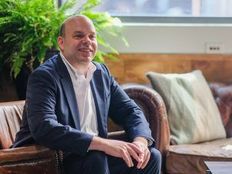 Looking at the state of the ETF world, Rosenbluth noted that the U.S. market totals $7 trillion in assets, “boosted by $900 billion of net inflows in 2021. We are on pace to probably have about $600 billion of money go into ETFs this year.” This would make 2022 the second-strongest year ever for ETFs, despite the challenges in investing that the year has presented. “People are putting money into ETFs, and that’s what excites me.” Dividend ETFs and covered call strategies have been popular, and Rosenbluth noted that other defensive areas, such as real estate, have been seeing action.

On the fixed income side, Sherman noted that inflows into fixed income could be driven by a number of reasons. He said, “my contention was that it could be some of this tax loss harvesting you see in the marketplace.” Sherman also speculated that conversions from mutual funds could also be a factor.

Rosenbluth agreed and added that, “money is going into both the short end, ultra-short ETFs have been relatively popular.”

Sherman responded, “If you are going to buy high yield corporates at this point, you probably want some risk offset.” He noted that if investors were planning to buy high yield, they might benefit from a risk offset, saying, “That barbell type of approach of buying a longer duration treasury, mixing it with a high yield, putting in the right dollar amount — I think you can get a better yield profile and a better risk-off profile than necessarily say, the investment-grade corporate market.”

The Theme’s the Theme

Sherman noted, “Especially when you are narrowly focused, the weighting scheme is going to matter massively, because you are going to get a lot of idiosyncratic risk.”

The group also discussed the trend toward catchy tickers, and how they can help illustrate the kind of space that a thematic ETF is playing in. But what’s in an ETF matters more than its name. “A good ticker should only get you so far,” Rosenbluth said. “There’s no loyalty to a ticker.”

Rosenbluth talked about the risks associated with single-stock ETFs, and how they use leveraged or inversed products centered around companies like Apple and Tesla. He sees not all investors as fully understanding the dangers of products that aim to short. He pointed to buffered products as being more risk-friendly.

Sherman pushed back, saying, “You can’t lose what you don’t put up because you just go to zero.” He added, “The 3x leveraged ETF and the inverse on the same underlying ETF, the best trade you can do — and this is mathematics — is you short them both.” In terms of buffered products, Sherman says you do get the downside protection, but there is cost to it, as the puts come at a premium.

The State of the Market

In the fixed income market, Rosenbluth thinks high yield remains a good place to be, from an ETF perspective. “I don’t think we’re heading into a recession, so I’d be willing to take on some credit risk.” He also singled out commodity markets as “punching above their weight” this year due to worries about inflation and the war in Ukraine. Clean energy also looks to be a beneficiary of new policies.