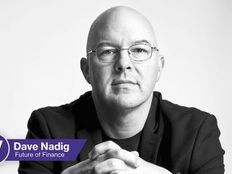 Every year for the last decade, give or take, I’ve joined 30–40 economists, investors, philanthropists, politicians, and journalists in the Maine woods to go fishing at an event called “Camp Kotok.” While the scenery is gorgeous, none of the attendees, if they were being honest, were there just for the fishing. We go because the organizer, David Kotok of Cumberland Advisors, curates an incredibly diverse group of people to have interesting conversations.

We skipped 2020 for obvious reasons and reconvened last year in smaller groups with significant COVID protocols, and it was great. In my writeup from last year, entitled The Ghost Boat, I commented that the vibe was “We don’t know anything,” and a lot of the discussion was about how labor would respond coming out of the pandemic. Well, I think we have a lot of the answers now — labor is tight, wages are up, and unions are resurgent. Labor was enough of a topic that I’m also publishing a discussion with Barry Ritholtz and Sam Rines tomorrow, which, if you want to skip the “soft stuff,” serves as my “economist” recap of the event.

But none of the “hardcore” finance mattered that much to me this year. Personally, I was focused on the increasingly narrow perceptions of “the real world” that I keep running into.

Many folks are writing about this — whether it’s political partisanship, science-in-silos, how modern medicine is performed, the crypto ecosystem, pandemic isolationism, it’s not a new idea that we are what we eat intellectually and that our diet has narrowed in the last few years. Not me, of course! I’m special and different! I read widely; I have friends and colleagues with wildly different backgrounds and perspectives; I try to keep an open mind.

But of course, I’m wrong.

I’m staring out at the sunset when Bob comes up. Bob (not his real name, Chatham house rules and all) is a senior economist for a large institution. He’s another well-educated 60-something white guy in finance, and we’re friendly enough. We share pleasantries about kids going off to college, and my theory of mind firmly places him into the usual categories until he starts telling me about his three months crisscrossing the Mexican border with lawyers to get a Ukrainian family resettled and green carded in the United States, and then I realize that I have no idea what his world is like.

I’m sitting in the sand on a spit of land where we’re all eating a lunch of freshly caught fish. One of David’s non-finance guests this week is here representing the Combat Wounded Veterans Challenge, a group that helps, as the name says, veterans who were wounded in combat by teaching them to do badass stuff like scuba diving and backcountry trekking. His name is Chris, he’s incredibly articulate and charming, and he casually tells war stories with a practiced cadence that says, “Not only have I seen some stuff, I’m still living it, all the time.” After dedicating his entire adult life to serving in the armed forces, he’s spent a lot of the last decade helping people who are double amputees like him not only learn to scuba dive but work to rebuild the reefs in south Florida. Again, I realize that I have absolutely no frame of reference for most of this man’s life.

Over and over again, I listened to people’s stories of the last few years: stories of loss, frustration, politics, economics, bad trades, great trades, political engagement, and political fatigue and disillusion. Reports of medical tragedy and renewed health, new loves and new jobs, the sadness of living in a decaying city, and the excitement of helping build new communities. I heard a symphony based on life’s rich pageant, one instrument at a time.

Not everyone’s quite as much of a hermit as I am. I naturally spend a lot of time in silence, alone, when I can, but I talk to people every day, and honestly, Zoom calls were an upgrade. I probably talk to people more often now than I did pre-pandemic when so much of my life was lived on United Airlines and in Conference Hotels. But while I speak to a lot of folks, my shared experiences with people I genuinely consider friends have waned, and that’s created a problem.

My reality tunnel has become opaque.

The idea of reality tunnels comes from the work of Robert Anton Wilson and Timothy Leary and features prominently in descriptions of Leary’s 8 circuit model for human consciousness as described in Wilson’s Prometheus Rising, but hey, there’s no need to dig into the ‘60s- and ’70s-era psychedelic philosophy canon anymore. Instead, here’s a two-minute video of Wilson explaining it. Also, here’s the nutshell: We know, scientifically, that we don’t perceive reality directly. At best, we have a 200-millisecond delay before signals register, and in fact, what we perceive as “now” is always a projection made by our brains on what now should be like, based on previous input and interpretation.

This sounds wild but isn’t really controversial. Anil Seth has a great book called “Being You” if you want to dig in. This unknowability of ground-state reality is affirmed by much of what we know about quantum physics, but the point is that what we believe to be true is always wrong in some way. Perception is flawed, our interpretative biology is flawed, and our memories are flawed from second to second. Here’s Wilson’s conclusion:

The challenge — which both Wilson and Leary try to address in myriad ways — is cracking yourself out of your own reality tunnel and therefore helping other folks crack open their own.

Anyone who’s ever stood at the front of a classroom, spoken publicly, or been on a date knows that human relationships are continuously improved through shared experiences. I could argue that the entire point of all sports, games, and most media is to have shared experiences. In the before-times, many of those shared experiences came from our work environments. I suspect many folks who pine for the days of the bustling office mostly miss that commonality of the commute, the bagels in the break room, the meetings you don’t want to attend together, even the elevator rides. And when you run out of things to say on the elevator, you can reach for a cultural share, like “How about that game last night?” or “You seeing that new Marvel movie this weekend?”

During the pandemic, I found that the cultural touchstones became much, much more important. I had far more conversations — in DMs and on Zoom calls — about Bo Burnham’s Inside, Free Guy, Fiona Apple’s Opus, or any of a dozen entries in the post-modern enlightenment canon than I wouldn’t have otherwise. It was a way of having at least the echo of a shared experience. But cultural touchstones consumed in a vacuum aren’t the same as doing something together.

My takeaway from Camp Kotok is that shared experiences break down reality tunnels. It’s not about a choice of media; it’s about a choice of activity. Go do something with someone in a different reality tunnel. Don’t just have coffee with a client or a prospect and exchange pleasantries. Do something. Go for a walk or play golf at a minimum, but better yet, take a little risk and offer up a game of chess, or see a concert in the park for half an hour, meet at the gym, or invite them over to sit on your back porch and watch the bees.

Go fishing. Dance. And if you’re not in a place where going out into the people-filled world is safe, the physicality can be optional. Play a game online with some folks — that counts, it’s a shared experience. Join a Netflix watch party and pause for conversation a lot. Yes, even attend a webinar, but ask questions, follow up, and use the tools we now all know how to use to interact. That’s all real shared experience too.

From that place of shared experience, I suspect we’ll all find that we start adding a few cracks to our own reality tunnels and those of others.

When you see folks here posting selfies of hanging out with others from the investment management and advisory world, it’s not because anyone is working their retweet algorithm or bucking for a gold star. It’s because we’re all trying to do what we say we’re going to do on the masthead of the website: turn this from an industry — a collection of entities and systems and activities and responsibilities around making and preserving wealth — into a community, a collection of human beings with a common connection. That doesn’t mean running a message board; it means making actual human connections.

Let’s do that together, but have some shared experiences. Whether that’s at a meetup in NY, at Future Proof in Huntington Beach, at a lake in Maine, or at Exchange in Miami Beach in February, let’s not just talk. Let’s do something.