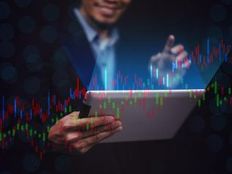 With investors feeling the bite of the bear market, cash is king. “Treasuries are actually paying a decent yield,” Lydon observed. Short-duration funds are having a moment amid ongoing economic woes.

“Here’s a situation where it’s almost like a money market type of investment, where you are getting 4.2%, and guess what? Rates continue to go up, that yield could go up as well,” Lydon said, noting that as interest rates go up value could decline.

“We’ve got an inflationary number coming in on Friday. If by chance, it’s not as harsh as the past couple of numbers we’ve seen, if it actually looks like inflation has been affected by the Fed’s actions, that could be really positive for stocks and it could be positive for this ETF as well,” Lydon said. BIL doesn’t have a ton of risk. Lydon also pointed out that the Fed’s current position is to start cutting once inflation is under control, which is possible in 2023. This could be good for both the bond and stock market.

Money has been flooding into BIL, which is trading above its 200-day moving average as investors look for a place to park their money. “Better to be safe here than sorry in equities,” Jaffe said.

Lydon isn’t sure where else safe investments exist these days. “We’ve seen energy and commodities pull back,” Lydon said, “safe right now is the right word – it’s not safe plus keeping up with inflation.”

Jaffe and Lydon took some time to jest about this being perhaps the plainest fund they’ve ever discussed, which says a lot about the conditions of the market.