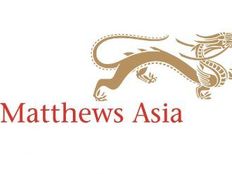 MINV, a high-conviction, concentrated equity portfolio, invests in innovative companies in Asia ex-Japan, capitalizing on the new economy and rising disposable income in the region. The fund takes an all-cap fundamental approach and focuses on companies with unique offerings that create or expand markets.

Caruso: MEM, MINV, and MCH are all active ETFs. What are the advantages of active management?

Oh: The benchmarks currently tracking Asian markets tend to be very backward-looking. When we first started investing in companies like Tencent and Baidu, I think back in 2004, it took seven to 10 years before they were included in the benchmark. At the time we were investing in them, they were about $4 to $5 billion in market cap. I don’t know why it took the benchmark so long, but by the time they were included, I think it was already close to $30 billion – so investors missed out on many of the growth opportunities in the region.

Benchmarks often miss out on early-stage growth opportunities that are very relevant today, so I think that’s why you want to be active, especially in emerging markets. I think in markets like the U.S., passive makes more sense because markets tend to be more efficient, but in emerging parts of the world, I think active is the way to go.

Mattock: As Michael indicated, emerging market companies and countries tend to move  more dynamically relative to the universe of stocks in the West. Of course, the universe changes in western stock markets, but it probably changes quicker, more frequently and more dynamically in some of these other markets, particularly China, because the country is moving so quickly in terms of development. As Michael mentioned, we want to be ahead of those changes rather than wait for the indices to rebalance.

Lech: I think market efficiency is a key reason for active in all emerging markets. I think there are a lot more corporate governance pitfalls within our markets collectively. That’s not something that’s usually accounted for within an index, and so it really gets back to, ‘Is this a great company? Is it being run for our shareholders or not?’

Often, companies are run for a different purpose: it might be a public service in the case of a utility, it might be for employment, and sometimes it’s for the benefit of the controlling shareholders – a family or management.

Caruso: How should an advisor decide which Matthews Asia ETF will fit best in their client’s portfolio? Is it preference?

Mattock: Different people need different things in terms of what their clients are demanding from them. But when you have a look at the broad subset of how people allocate, people in the U.S. will tend to allocate to a broad EM mandate, so John’s fund (MEM)  fulfills that core need, which is a big asset class within the U.S.Michael’s fund (MINV) also can fulfill that core need, but it’s often used—frustratingly—as  supplementary exposure to a core exposure just because of the way that markets and people have tended to allocate. We at Matthews try to push people to think of Asia as being 80% of emerging markets.

Looking at the strategy that I manage (MCH), I think there is a really good case for it to be split out on its own – like U.S. equities, like Japanese equities, like European equities, purely because of the size of the market.

Oh: Emerging markets (MEM) is a pretty big universe, so obviously, investors who want that broader exposure will be the ones who buy. Often, I’ve seen cases where people  don’t want that broader EM exposure. Some people want more specific Asia exposure, then they tend to choose [MINV]. On top of that, sometimes people think they would like more exposure to China.

Mattock: It is surprising when you look at active funds in the U.S., the two biggest China funds are ours and Fidelity, and that’s pretty much it – and both strategies aren’t even a billion dollars. For a place the size of China, which is 15–20% of the global GDP, you can see how underrepresented it is. So, I think there’s a clear case for people to be more open-minded when allocating away from what has been a dominant emerging market asset class for a long time.

Caruso: What are some other things that you feel like advisors don’t know about this asset class that they should know?

Mattock: Matthews Asia has always promoted that we believe that Asia within the emerging markets will be a dominant force, and that’s sort of played out, actually. When you look at the universe of emerging markets, it’s really dominated by Asia.

People should continue to look under the hood regarding their emerging market exposure. Work out what part they may need to supplement, and then I think Matthews does a pretty good job of giving you alternatives for that supplementary exposure.

A lot of the innovation that’s going on globally is going on in Asia and in China, whether that be what you can see in TSMC in Taiwan, or Samsung in Korea, or internet platform companies in China, or in automation, hardware, software, EV cars, renewable energy.

A lot has changed in Asia in the last 20 years, and it’s become more exciting than at any point I can remember in my 23 years doing it because of this innovation angle. I think advisors should also understand the allocation decision towards Asia, towards China as part of emerging markets is probably stronger now than it’s ever been because of where these companies have managed to get themselves to in the past 20–25 years.

Oh: I think people, especially advisors in the U.S., tend to think Asia is a niche market. But if you look at the statistics, this is an area with 4.7 billion people, 60% of the global population is in Asia, with about 50% of the global GDP. And it’s not a poor region anymore – it has an average income of around 9,000.

The financial wealth in Asia has exceeded that of the U.S. already. It’s no longer a small market or a small niche that most investors still believe in the U.S. If you think about that, and if you think about how much exposure you have to Asia, that’s actually very surprising. So I think both our products and integration effort are a good supplement for whatever exposure you have currently; I think it’s a good complement to any global, international, or U.S. exposure that you already have.

Mattock: The S&P has done extremely well for U.S. investors over the last 10 or 15 years. At a stock level, you’ve seen huge success stories come out of the U.S. stock market, and a lot of those stocks have international exposure, particularly in Europe. Less so does the exposure you get in the U.S. extend to Asia… in order to get that Asian exposure, you can’t tap up U.S. companies, you can’t tap up European companies. What you should be looking for is direct Asian exposure to access that.

At the same time, the U.S. has been running zero interest rates, big fiscal deficits, huge amounts of QE, and lots of stimulus since really the financial crisis. Asia hasn’t done that. It hasn’t run a big fiscal deficit. It hasn’t run extremely low-interest rates and hasn’t done QE, so people also need to reflect on why things have worked. It’s alright to look at the stock market performance over the last 10 or 15 years and make a case for why you should always invest in U.S. equities, but things don’t always stay the same given that sort of stimulus policy backdrop that the Western world has had relative to Asia.