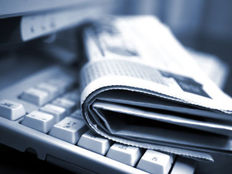 The Complete History of the VIX and VXX

The CBOE Volatility Index, known as the VIX, has been among the most popular benchmarks over the past two decades. Often dubbed “The Fear Index”, the VIX tracks the implied volatility of S&P 500 options and has become well known for its large daily movements. When markets are trending higher, the VIX tends to drop, while any sell-offs or crashes see the index spike. We took a step back and looked at the complete history of the VIX starting with its first trading day in January of 1990.

Since its debut, the VIX has had 14 negative annual returns, with nine positive years in between.

Below, we list the five best single-session returns the index has ever achieved, including an impressive 64% gain on February 27, 2007.

After taking a look at some of the VIX’s worst single-session performances, it becomes clear that its upward swings are often a higher degree than its downward swings.

The following chart gives investors a true sense of just how volatile this benchmark can be; it has moved by 10% or more in a single session 586 times.

VXX and the VIX

The S&P 500 VIX Short-Term Futures ETN (VXX A-) was introduced on January 29, 2009 and was the first VIX ETF product (along with (VXZ A-)) to hit the market. Unfortunately, the fund has struggled to track the spot VIX over time, both on an intraday basis and over the long term. The following chart displays the return of the spot VIX versus VXX since the latter debuted, and the results are quite astonishing.