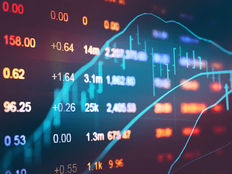 A synchronized global recovery, rebounding oil prices and favorable policies all made 2017 a stellar year for emerging market assets. This trend is expected to intensify in 2018 as Russia, Brazil and South Africa extend their recoveries, while India continues to assert itself as the fastest-growing major economy.

After five years of declining profitability and weak earnings growth, all three major emerging market regions (Asia, Africa and South America) are benefiting from a corporate resurgence, with Asia leading the way forward. A triad of forces has contributed to the expansion, including global economic growth, improved demand, and favorable monetary and fiscal policies. This environment has led to a large increase in capital flows to emerging market assets.

Although large caps were mostly responsible for the outperformance of emerging market assets in 2017, Credit Suisse has forecast small caps to carry more weight in 2018. Supertrends tied to infrastructure, technology and defense are also expected to benefit small caps in these regions.

Investors have long considered India to be the next major catalyst for emerging market expansion, with the International Monetary Fund (IMF) forecasting the economy to grow 7% or more in the next two years. Meanwhile, China has outperformed forecasts calling for a gradual cooldown as Beijing transitions the economy away from smokestack industries and toward consumption and services.

Taken together, emerging markets and developing economies are projected to grow 4.9% in 2018 and 5% in 2019, according to the IMF. This environment will provide plenty of opportunity for growth-oriented portfolios.

Check out our take on the supertrends that are expected to strengthen in 2018.

Although emerging market assets are clearly on the rise, several downside risks could undermine the favorable outlook. The events of the last three years have clearly demonstrated that emerging markets are highly vulnerable to swings in commodity prices, with oil being a huge cog in local economies that depend heavily on exports. Russia, Brazil, Venezuela and the Middle East are especially vulnerable to any renewed downside in commodities.

Although China continues to outperform expectations, the world’s second-largest economy is clearly in transition. This trend not only impacts China, but virtually every country that trades with it. Portfolios that do not take this into account could be at risk of generating subpar returns.

Other risks associated with emerging market assets include less liquidity, poor corporate governance structures and political instability. These potential downsides must always be factored in when venturing outside of advanced industrialized economies.

Investors banking on huge returns in emerging markets have plenty of options for realizing those gains. Funds tied to equity, fixed income and currency assets will provide plenty of opportunity for solid returns.

For investors in search of a more active fund based on factors such as value, momentum and low volatility, the Goldman Sachs ActiveBeta Emerging Markets Equity ETF (GEM A-) provides good value.

Finally, exposure to emerging market currencies can be accomplished through the WisdomTree Emerging Currency Strategy Fund (CEW A). This fund has exposure to currencies like the Russian Ruble, Chinese Yuan and Philippine Peso. However, investors should be aware that national currencies do not always benefit from strong local economies. After all, the forex market is influenced by several, overlapping variables. The basket of currencies held in CEW has been highly volatile over the last three years, which means investors should approach this asset cautiously.

The stars are aligning for emerging market assets. With the right blend of funds, investors can ride the momentum to higher overall returns.