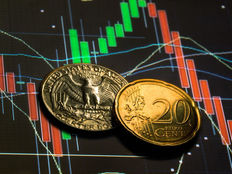 ETFs have become popular in recent years as tools for establishing low cost and tax-efficient exposure to traditional asset classes such as stocks and bonds. Many have also turned to ETFs for currency exposure, whether it be hedging against exposure maintained elsewhere in a portfolio or speculating on movements across exchange rates.

There are several funds in the Currency ETFdb Category, and the majority of those products offer exposure to the value of a single foreign currency relative to the U.S. dollar, including the Chinese yuan, Swedish krona, and Russian ruble. But there are a handful of products that offer a different type of currency exposure, highlighting the numerous potential uses for this application.

Below, we profile three of the more interesting exchange-traded currency products and how they might fit into a portfolio:

This ETF is designed to offer exposure to money market returns available in certain commodity-producing countries, as well as the performance of these currencies relative to the U.S. dollar. CCX democratizes a strategy that has long been popular on institutional trading desks, focusing on currencies of resource-rich countries that are generally significant producers and exporters of commodities.

CCX invests in currencies of both emerging and developed markets, including:

Represented in that group are the world’s largest producers of natural resources. Instead of thinking of CCX as a basket of exchange rate fluctuations, it is helpful to understand the factors that have historically impacted the value of commodity-intensive currencies. These currencies tend to fluctuate based on the health of the global economy; during booms, demand for raw material surges, which can translate into increased demand for the related currency.

CCX can also be used as a tool to hedge against inflation unexpected upticks in U.S. inflation, a phenomenon that often leads to a decline in the greenback relative to currencies linked to major sources of raw materials.

AYT is one of the rare exchange-traded products whose name sheds little light on the investment objective. This exchange-traded note is linked to an index that produces the return of long only investing in one-month synthetic money market deposits in a basket of eight Asian currencies:

For investors who see emerging Asian economies as the primary driver of global GDP growth going forward, AYT may be a nice way to round out exposure to the region. The basket of currencies that makes up AYT can help to smooth out volatility while offering exposure to currencies of economies that offer attractive yields on debt.

But there is certainly some risk in this approach as well; in the late 1990s many of the component currencies were battered after the Thai government cut the peg of the baht to the U.S. dollar. As a result, many Southeast Asian stock markets and currencies crumbled. A repeat of the ’97 Asian Financial Crisis seems like long shot in the current environment, but history does teach us a powerful lesson on the connections between these economies.

Be sure to also read Controlling Risk with ETFs.

The currency carry trade has been around for decades. This strategy involves borrowing in low yielding currencies (in the current environment, the Japanese yen and U.S. dollar) and establishing long positions in higher yielding currencies. In many environments, the carry trade can generate a nice return with relatively low volatility, allowing investors to exploit interest rate differentials across different markets.

But the currency carry trade is far from arbitrage; there are several risks, and the last several years are full of examples of the adverse impact an unwinding trade can have on portfolios. The rapid appreciation of the yen burned investors who had borrowed in the Japanese currency, as they suddenly found themselves forced to repay more expensive debt with a cheaper currency. Because funding currencies tend to also be safe havens, periods of panic can wreak havoc on the carry trade.

Compare any two ETFs with our Head-To-Head ETF Comparison Tool.

ICI applies the carry strategy to the G10 Currencies, which include:

Another option for playing the carry trade through an exchange-traded product is the PowerShares DB G10 Currency Harvest Fund (DBV A-); this ETF is linked to an index comprised of currency futures contracts on certain G10 currencies and designed to exploit the trend that currencies associated with relatively high interest rates, on average, these tend to rise in value relative to currencies associated with relatively low interest rates.

Be sure to check out the full list of diversified currency ETFs. 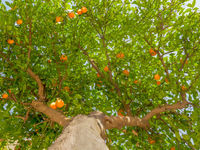 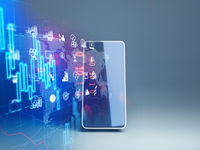 The Coronavirus pandemic is having profound effects on how consumers dine, shop, and conduct... 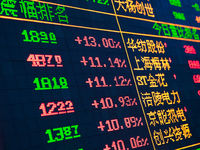 New China ETF Has Turn in the Limelight