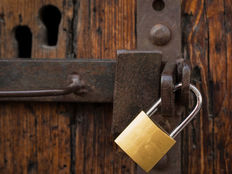 ETF Closures: How to Manage and Avoid Them

The growth and widespread proliferation of exchange-traded funds (ETFs) has transformed the global financial services industry, giving investors easy access to international markets and diverse sectors. However, the side effect of such rapid growth has been higher turnover in the ETF market. Whereas some ETFs succeed, others fail, leading to their eventual liquidation. Although the process of creation and closure represents the ebb and flow of a healthy market, investors are better off avoiding the duds at all costs.

In 2015, a total of 258 ETFs entered the market, versus 75 that liquidated or merged. There was a total of 4,396 active ETFs worldwide at the end of the same year, which translates into a closure rate of around 2%. Although ETF proliferation has far outpaced liquidation over the past ten years, closures rose significantly during the global financial crisis. In 2008 and 2009, the closure rate was 3% each year. The rate would fall back down to 1-2% over the course of the bull market, which extended beyond 2015.

Given that the ETF industry is still in its infancy, we should be careful not to extrapolate too much from these data. There is a huge appetite for ETFs right now, with financial advisors and investors leading the adoption surge. A large influx of ETF-friendly financial advisors and asset management firms sprung up after the financial crisis, a sign these assets were viewed as a strong hedge against global instability. This demand will likely ensure that ETF launches far outpace closures for the foreseeable future.

As the ETF industry matures and stabilizes, closures will likely become more common. An increasing number of funds opening each year combined with a steady number of closures (like we’ve witnessed over the past eight years) means the ETF space is maturing. With the exception of 2011, the number of ETFs going out of business has risen or remained relatively steady year-on-year.

Furthermore, ETF closures should not be viewed as a warning sign but rather a natural progression in an industry that continues to expand globally. Not only will the ETF market expand, it will do so at breakneck speed over the next four years. Total ETFs under management are expected to reach $5 trillion or more by 2020.

While ETF closures may seem unfortunate, the process is not unnatural. Just as the labor market adds and purges jobs as part of the business cycle, the ETF industry is experiencing a similar ebb and flow. Investors may want to view it as a natural selection process in the industry that has little appetite for failed products.

For a list of new ETF launches, take a look at our ETF Launch Center.

Why It’s Important to Manage and Avoid ETF Closures

Although ETF closures are a natural part of the market cycle, conscientious investors should avoid them at all costs. For starters, ETFs that are forced to liquidate probably didn’t perform very well in the first place, making their inclusion in your portfolio more of a burden than a benefit. Secondly, ETFs on the cusp of being purged may attract unwanted volatility – a feature of the market that ETFs seek to safeguard against. Finally, ETF closures often create tax burdens since investors must either sell their shares or receive cash equivalents. This may force you to incur capital gains earlier than initially planned.

What Happens When an ETF Closes?

Once the decision is made to delist an ETF, a prospectus supplement will disclose the asset’s last trading date as well as its liquidation date, where necessary. At this stage, the ETF no longer trades as usual, as the fund begins to convert cash, causing it to diverge from the performance of its underlying assets. When this occurs, the ETF issuer will continue to publicize the indicative net asset value (iNAV) throughout the day. The iNAV is used by investors to measure an ETF’s intraday value in “real-time,” as opposed to the once-per-day NAV indicator. For a complete rundown of net asset values, read NAV Versus iNAV: An Introduction to Net Asset Values.

In general, ETFs are closed in two ways: through liquidation or delisting.

When an asset is liquidated, investors receive cash distributions equivalent to the NAV. This has the benefit of giving you fair market value for your shares most of the time. Investors need to care about liquidation because they generally have only two weeks to sell their holdings once the process begins. Investors who find out their ETF is being liquidated generally have two options: they can sell their shares before the closing date or wait for the final liquidation. Reading the final prospectus supplement is critical in determining which is best for you.

A delisting, on the other hand, is a much more cumbersome process for investors who fail to sell their holdings before the last trading day. When this happens, they must trade over the counter, an often drawn out process that is usually more expensive than buying and selling on an exchange. That is why investors care about delisting; a failure to track the closing date could negatively impact your investment portfolio.

Examples of ETFs that were liquidated are the PIMCO Diversified Income Active ETF (DI B-) and PIMCO Global Advantage Inflation-Linked Bond Active ETF (ILB C+). The liquidation occurred in March 2017.

ETF closures impact investors as well as issuers. Below, we explain how.

When an ETF is liquidated or delisted, investors face at least four major risks.

Reinvestment Risk: After cashing out of your delisted or liquidated ETF, you must now find a new place to put your money. This is an inherently risky venture, not to mention the opportunity cost associated with researching new investment opportunities and weighing their pros and cons.

Added Costs: As we mentioned earlier, an ETF that gets delisted creates extra OTC costs for investors. Added costs are also realized when entering new investment vehicles whose fee structure may differ from the one that was just delisted.

Loss of ETF Value: Although you didn’t walk away empty handed, it’s unlikely you realized your investment objectives in the event of a closure. After all, investors don’t choose ETFs they believe will fail in the future. This creates an inherent loss of value that investors must recoup elsewhere.

Tax Burden: Increased tax burden by way of unplanned capital gains is one of the primary disadvantages of ETF closures.

From an issuer’s perspective, the main downside to closure is reputation risk.

Reputation Risk: An issuer that has liquidated or delisted their fund may have a harder time attracting more foot traffic in the future. Advisors are less likely to recommend ETFs from issuers that have made a habit of closing their fund for whatever reason.

How to Predict Which ETF May Be Vulnerable to Closure

While there is no foolproof method for predicting which fund may be a candidate for closure one day, there are three warning signs investors should look for when evaluating potential ETF closure candidates.

Low AUM should be one of the biggest red flags for investors, as it can often predict the ETF’s underlying risk. ETFs that aren’t stacked with cash are probably not performing well. As a general rule, investors should scrutinize any fund with less than $50 million in AUM. This could significantly reduce your chances of running into a mismanaged or unprofitable fund.

However, AUM isn’t the be-all and end-all approach for navigating ETF closure risk. Using the $50 million cut-off point (or any other arbitrary number) rules out a large number of funds that may turn out to be solid growers over time. There are literally hundreds of low AUM ETFs that are healthy year in and year out.

The strength of the ETF issuer is probably more important than the fund’s AUM. If the issuer isn’t profitable or has demonstrated a shaky investment history, it’s probably best to avoid their products all together.

Keep in mind that most big issuers have a solid track record in the market, so you shouldn’t get trigger happy if one of their products fails (the examples of 2015 ETF closures above demonstrate this point). While issuer strength is important, the large bulk of your ETF portfolio is likely made up of strong companies.

We mentioned earlier that the ETF market is expanding rapidly. This has its pros and cons. One of the cons is unpopular funds in oversaturated markets. If a particular ETF is unpopular based on AUM among other ETFs that offer similar exposure, it’s probably best to avoid it.

However, after conducting your analysis you might conclude that the relatively weaker fund is still performing well. If that’s the case, you shouldn’t avoid it just for the sake of it. You simply want to avoid unpopular ETFs in markets that are clearly dominated by other, more profitable players.

Stay in greater control of your ETF portfolios by reading 101 ETF Lessons Every Financial Advisor Should Learn. While you’re at it, use our ETF Screener tool to screen for over 1,900 ETFs by dozens of different criteria including dividend yield, asset class, issuer, performance and investment objective.

ETF closures are part and parcel of a rapidly expanding industry that is still finding its footing. As the ETF market matures and stabilizes, investors can expect closures to be a small, but steady fragment of the investing universe. This is a positive feature of the free market, as underperformers make way for better products over time.