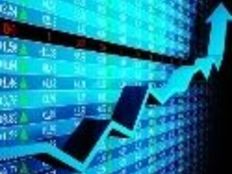 Over the last 20 years, Wall Street has witnessed both the rise and fall of hundreds of exchange traded products. For the most part, many of the funds that struggled during their first few years of trading were forced to close their doors. In this piece, however, we take a look at five ETFs that managed to make a comeback after several seemingly disastrous performances.

VelocityShares’ Daily Inverse VIX Short-Term ETN (XIV B+) made its debut in November, 2010. The fund is designed to reflect the returns that are potentially available through an unleveraged investment in short-term futures contracts on the CBOE Volatility Index.

During the first seven months of trading, XIV managed to slowly, but surely, gain traction; it gained almost 100% during this period. But from its high in July of 2011, the fund lost half of its value by mid-August [see Five Important ETF Lessons].

Global X’s debut of the Social Media Index ETF (SOCL C) was met with plenty of skepticism from Wall Street. Given the social media industry’s relatively short history, combined with a disastrous Facebook IPO, many were not ready to jump into such a hyper targeted fund.

From its launch in November of 2011, shares of SOCL never peaked above $16, and by mid-November of 2012, the fund was trading below $12. During the first quarter of 2013, SOCL traded within a narrow range, but by July, the fund really started to pick up steam as social media stocks were on the rise.

EWM’s 17-Year Climb Back to the Top

iShares’ MSCI Malaysia ETF (EWM B+) is one of the oldest funds on the market, making its debut in 1996. Its underlying index is designed to measure the performance of the Malaysian equity market; the resulting portfolio consists of roughly 46 individual holdings.

During EWM’s first full year of trading, the fund reached a high of about $15.75 in February of 1997. Within a year, however, EWM took a steep tumble; with shares falling under the $2.00 mark.

IBB Takes Nearly a Decade to Pick Up the Pace

iShares’ Nasdaq Biotechnology ETF (IBB A-) made its debut in February of 2001. It is designed to measure the performance of some of the largest and most well-known biotechnology and pharmaceutical companies.

First Trust’s DJ Internet Index Fund (FDN C+) was launched in June of 2006, making it one of the first products to specifically target “internet companies”. The fund’s portfolio consists of about 40 individual holdings.

These five ETFs managed to not only recover from strings of bad losses, but also deliver great returns for those investors that were lucky enough to buy in at the lows. Though not all ETF “disasters” have a positive outcome, it is important to note that sometimes a severe pullback is needed before an ETF can really gain traction.