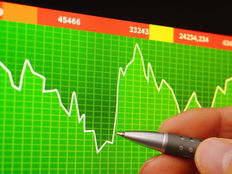 How to Take Profits and Cut Losses When Trading ETFs

Finding the right ETF to buy or sell is only half the battle; having a disciplined exit strategy is what separates average traders from consistently profitable ones. Most traders focus all of their energy on the entry, attempting to find that perfect time to buy right before an ETF takes off. While the entry is important, the exit is where money is made or saved.

Failing to have a sound exit strategy means you will likely take profits too early or too late. Learning to exit both profitable and losing positions is one of the greatest skills you can ever acquire as a trader – be sure to read more about How To Swing Trade ETFs.

No matter what your skill level, some of your trades will show a profit … at least at some point. Your job is to decide when you will realize that profit and close the position. Take it too soon and you may miss out on a bigger profit; wait too long and your profit may shrink or even turn into a loss. This dilemma has led to two main market approaches, one which says “let your profits run” and another that advocates taking profits at pre-determined price levels—profit targets.

Neither approach is better than the other. Both can be very effective in the right hands, but each strategy has its own advantages and
disadvantages. The approaches can even be combined.

“Let your profits run” is one of the most quoted yet misunderstood trading “proverbs” out there. For many traders, the idea of letting profits run means not having a plan. A trade is going well and so they let it run, but don’t consider how to get out when it stops. A plan is still required.

One of the most common sense approaches to exiting a trade after it is has run a significant distance is to simply exit when the reason you got into the trade no longer exits. For example, if you buy the SPDR Gold Trust (GLD A-) based on its well-defined uptrend, when that uptrend is in danger—you start seeing the price make lower highs than prior rallies, or starts dropping below prior low points—it is time to get out.

You may also opt to exit when the trendlines you draw on your chart are broken. Both methods are shown in Figure 1. These approaches allow you stay in a trend, reaping large gains if the trend continues for an extended period.

See the 5 Most Important Chart Patterns For ETF Traders.

Like any strategy, though, it has downfalls. If the market gets choppy, you may be repeatedly knocked out of positions. False signals also occur, such as the one in June where the trendline was broken, but then the ETF kept going up shortly after.

When the reason you got into the trade is no longer there, it is usually time to get out. The most important thing is realizing that ETFs don’t trend forever. Eventually you will need to take your profit, and you need to decide in advance an exact strategy for doing it. Don’t decide when emotions are high; define your exit strategy before you place the trade, and then stick to it no matter what.

The strategy is to establish an exit price at which you will exit all or part of your position. Establishing the exit strategy must be done before the trade is taken. The advantage is that if you determine your reward relative to risk at the outset of the trade. For example, if your stop loss is $1 away from your entry price and your target is $3 away, your reward-to-risk ratio is 3:1. This can help you determine which trades are worth taking, and which ones aren’t.

Figure 2 below shows an example of this chart-pattern-profit-target approach using the SPDRs S&P 500 (SPY A). Whether you are already in a trade, or use a chart pattern’s breakout to enter a position, this method establishes a rough guideline for the magnitude of the price move to come.

No matter how good of a trader you are, you’ll have losing trades, and many others that at some point will show a loss. A stop loss is an order that is placed at a price that will exit your position if the loss reaches a certain threshold. The idea is to keep losses manageable and avoid catastrophe.

Stop losses help reduce risk, but don’t eliminate all of it. In a panic situation where prices are fluctuating rapidly or there is very little volume, your stop loss order may not execute at the price you specified. That said, placing a stop loss is a mandatory step for most ETF traders as it controls risk in all but the most extraordinary of circumstances.

Stop losses are generally placed at a price that won’t be hit by normal fluctuations, allowing the ETF room to move in the direction you expect.

A general rule is to never risk more than 1% of your capital on a trade. If you have $30,000 in a trading account, you can risk up to $300 per trade. This is your starting point for determining your stop. If the ETF costs $20, and you buy 100 shares, the lowest price your stop can be is $17. If the price drops to this level you will have lost $300. This is the most you can lose, but may not be the best place for a stop.

See also the 25 Things Every Financial Advisor Should Know About ETFs.

Look at support levels between $20 and $17 to determine where the ideal price to put a stop is. If the trend is up, the price should be moving higher; therefore, placing a stop just below prior support is a common stop loss placement approach.

Figure 3 below shows two hypothetical trades in the Financial Select Sector SPDR (XLF A); one long and one short. For the long trade, a stop loss order is placed just below a recent low–called support. For the short trade, a stop is placed just above a recent high–called resistance. The long trade was never stopped out. The short trade was stopped out, as the price rallied through the stop level.

In both cases, the stop loss serves to limit the risk of the trade.

Trailing stops build on the risk management and profit-taking tactics covered above. If you buy an ETF, as the ETF rises so does the trailing stop. The higher the price goes, the more profit that is locked in. When the price eventually reverses and reaches your trailing stop level, the trade is closed.

There are many ways to incorporate a trailing stop. Using a fixed dollar amount or percentage is one way. For example, you buy an ETF at $23 and place a stop $1 below at $22. If the price drops, your stop stays the same. If the price rises to $23.50, your stop moves up to $22.50–always $1 below the most recent high price.

Another approach is to use a moving average, as shown on the left side of Figure 4, depicting the United States Oil Fund (USO A). If you short sell an ETF, your trailing stop moves lower with the moving average. When the price eventually penetrates the moving average, moving higher, you exit the short position. The appeal is that in strong trends your profits can be large. In choppy markets, however, you can face multiple losses using this approach.

Be sure to read about How To Lose Money Trading ETFs.

Creating a plan for taking profits and cutting losses is well worth the time–even more so than trying to find a perfect entry. You may choose to let your profit run, only exiting the position once the profit potential looks to have disappeared. Pre-established profit target levels can also get you out of profitable trades. Pick a method, write it down and stick to it. Always limit your downside with a stop loss order, so one trade gone bad doesn’t wipe out your account. Trailing stops are an additional tool for profit-taking and limiting losses.

A Look Under the Hood of SOLR

Get Yield With This Fund of Funds ETF