What the January Barometer Means for ETF Investors

The first month of the new year welcomes a host of developments on Wall Street that make January an especially important month on which to keep an eye.

This article takes a deeper dive into the predictive power of January, more commonly known as the January Barometer, the nuances associated with this indicator, and how to play it with ETFs.

Be sure to read more about other historical market patterns you can trade, including December Stock Market Seasonality and the January Effect.

What Is the January Barometer?

First conceived by Yale Hirsch in 1972, the January Barometer refers to the predictive power that the first month of trading has on the market’s performance for the rest of the year. The barometer boils down to this: January’s overall gain or loss sets the tone for the remainder of the year.

In other words, if we have a positive return for the month of January, then chances are that the rest of the year will be bullish; likewise, a negative return in the first month is expected to foreshadow a bearish year in the stock market.

The premise behind the January Barometer is perhaps most succinctly described with the adage, “As goes January, so goes the year.”

There is a great video explanation from the Stock Trader’s Almanac, the authority on seasonal trading, about the January Barometer: watch it here.

What are the forces at play that make January more special, so to say, than any other month when it comes to predicting future stock market returns? It boils down to a few key factors.

The combination of all of the above factors taking place in the month of January is believed to be the fundamental driver behind the barometers’ predictive power.

How Accurate Is the January Barometer?

According to the Stock Trader’s Almanac, the barometer has around an 87% accuracy rate. Since 1950, every down January was followed by a new or continuing bear market, a 10% correction, or a flat year.

Here is the accuracy of the barometer visualized another way, courtesy of Stock Trader’s Almanac:

Risks and Other Factors to Consider

The January Barometer has registered eight major errors since 1950 through 2015. All instances when the barometer has proved inaccurate have been a result of exogenous or fundamental catalysts. For example:

Investors can play the domestic equity market via ETFs in a plethora of ways in an effort to trade around the January Barometer. The most straightforward approach is to tap into the major stock indexes:

As is the case with any other seasonal pattern, technical indicator, or fundamental valuation metric, it’s best if you don’t rely solely on any one of them in isolation; the January Barometer is no different. The best advice is not to define your investment allocation decisions for the rest of the year based entirely around one piece of evidence. Do your homework to have a more comprehensive understanding of all the fundamental, technical, and seasonal factors at play. 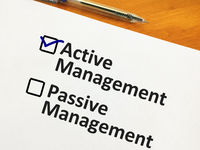 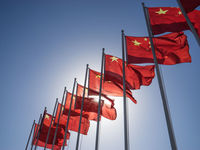 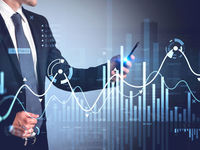