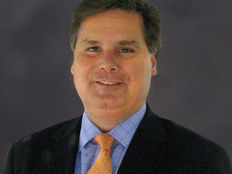 We recently talked to Dan Dolan, director of wealth management strategies at Select Sector SPDRs. He has been in the ETF space for 20 or so years, and agreed to speak about the launches of two exciting new SPDR products.

SPDRs is one of the oldest ETF issuers, with a lineup of the most famous ETFs in the market today. The famous SPDR S&P 500 ETF (SPY A) and its select sector SPDR ETFs are what contributed to their success.

ETF Database (ETFdb): You were the one who launched the Sector SPDRs back in 1998, making them one of the first 15 ETFs ever registered with the SEC, and you’ve been in the ETF space longer than almost anybody. Can you tell us about your experience launching ETFs back then? What was the ETF industry like then, and how has it changed over the years?

Dan Dolan (DD): The indexing business started taking off in the mid ‘90s, when money was pouring into index funds for the first time. I was working at Merrill Lynch and we really didn’t have any exposure there. Money was moving away from Meryll, so we kind of said, “OK, this ETF business looks interesting.” I was part of a team that put this together, and the idea was to take our model portfolio, carve it up, and piece it with the S&P 500, and give – originally – Merrill Lynch advisors the ability to customize the S&P 500, the large-cap portion of a portfolio, to a certain investment objective. In the process, we knew that the slices would trade.

This was in 1998. Tech was going crazy and money was pouring into tech funds, so it was an attempt to hit a number of goals with launching sector SPDRs. The ETF business at the time just had the big SPDR – what were called “webs,” world equity benchmark securities, which are Morgan Stanley products that later became iShares country funds.

We were the 21st through the 29th ETFs in the marketplace. Now there’s over 1,700. We were the first ones to subdivide a broad index. Up to that point, only broad and country-specific indexes were offered. And again, the idea was to cut up the S&P 500 to give you the lead over specific sectors, and really customize a portfolio to meet certain investment objectives.

ETFdb: As far as everyone in the ETF industry knows, State Street’s family of SPDR ETFs has become one of the mainstream ETFs for ETF investing. To what would you attribute its success?

DD: State Street has done a very good job in partnering with other firms to launch products. As time has gone on, they’ve developed 100-plus of their own ETFs that launched and do everything. As the marketplace changed, their role changed and expanded, and they’ve been very successful in finding new products.

Being the first to market in the ETF space has proven to be a huge advantage over the years, from the very inception of SPY to the sector SPDRs, where we’re still 90%-plus the trading volume in any given day. And there are 150 sector products in the marketplace today. I think State Street has done a very good job in identifying new types of ETFs. Being first to market with that has resulted in some very, very solid market share in those products.

ETFdb: State Street launched two ETFs on October 8, 2015. Can you tell us what compelled you to launch these ETFs: (XLRE B+) and (XLFS )?

DD: We have the family of sector SPDRs from the launch of 1998 that just carve the S&P 500. These SPDRs follow the Global Industry Classification Standard (GICS) sectors, which is an effort by S&P, Dow Jones and MSCI to have global GICS sectors. Our nine sector ETFs follow the GICS, with the exception of telecom. There are only six stocks in the S&P 500 that are in telecom sector, so there aren’t enough to create its own sector SPDR or mutual fund of any type. (We put telecom into bio and tech.)

Outside of that, our nine sector SPDRs have been aligned with GICS sectors since 2002. But GICS are changing. In August of 2016, they will launch a real estate sector. They’re going to pull real estate out of the financial sector, making it a freestanding sector. That will be the 11th sector, up from 10. All they’re doing is taking our (XLF A), the Financial Sector SPDR, and subdividing it – pulling out the financial service firms and the real estate firms. If you own XLRE and XLFS, the components in those two add up to XLF.

We have close to $18 billion in XLF today. It is the largest sector product in the marketplace and is the most liquid sector product in the marketplace. What we’re trying to do is give investors a choice. XLF will continue to trade – but setting up for the move that will be made in August of next year to pull out the real estate sector, we launched these two products to give people the choice of how they want to play that. Do you want to continue to own XLF, or do you want to subdivide it and run your portfolio that way? The intent here was to follow the S&P change that will be made and implemented in August of next year. We wanted to be ahead of that and make sure that people had a choice on how they wanted to play it.

ETFdb: Speaking about XLRE, what opportunities do you see in the real estate sector going forward?

DD: What’s interesting in the real estate and in the financial components is just how differently they’ve been acting over the past year or two, always worried about the fed. When you put sectors together, you look for stocks that are highly correlated and act in a similar way. What has happened in the last year or two is that real estate is truly acting a lot differently than financial service companies. When there’s a concern about the fed raising rates, real estate gets smacked. And at the same time, since rates have been so low, when the Fed is thought to be raising rates, financial service companies have rallied.

They’ve rallied because of cash on the books and the belief that a couple of rate increases from the fed will give them a little bit more from their spread in their lending and improve profitability. This tradeoff has been battling in the financial sector. I think when you look at real estate in particular, in a low-rate environment, people are seeking income, and it immediately becomes the second-highest yielding sector that we have. Utilities will still be the highest-yielding sector, but real estate will be right behind it. It’s an income total return play and is for alternative folks seeking income. Real estate has attracted a lot of flows over the past five to 10 years. We’re coming out with a product that has a 14-basis-point expense ratio, meaning you’re getting any dividends that are paid minus the 14 basis points, which is very attractive for investors. I think, going forward, we’re looking at an alternative for income – and people continue to search for that.

DD: I think that the financial sector has done a very good job post-’08 in managing their businesses. I think a lot of the profitability that you’re talking about has come from cost reduction, whether that’s efficiencies with systems or just laying people off.

It’s all about net interest income and how much you can earn off your cash. I think they have become lean and mean. And if there is a bump in rates, financials could earn a few more basis points off of every dollar they’re holding, which has huge potential for any earnings that would follow it. If they get a bit more spread and the ability to make more off cash deposits, these companies have huge growth potential in terms of earnings. I think they’ve done about all they can do to get as efficient as they are. Now it’s time to earn more money, and I think the quickest way to do that is in the net-interest income line, which really becomes huge based on the deposits that are there.

ETFdb: Do you believe the fed will raise interest rates this year? Do you think there will be more QE?

DD: I think the risk is not an increase but rather, multiple increases over time. Everyone is stuck on “The fed is going to raise rates,” and 25 basis points is not a big deal. But is there the potential for a series of increases over the course of a year? I would have to say that’s unlikely unless the economy really picks up, and the global economy really picks up as well.

I don’t think people should focus on “Will the fed raise rates?”; at some point, they will. I think it will probably be in December. If not, then first quarter next year. But it’s not what investors should worry about; it’s “Are there three or four after that?” But I don’t really see the strength in the economy – here or globally. With a 25-basis point move or 50-basis point move, I think the financials will probably do a little bit better. REITs will get hit initially and then they say, “OK. No big deal.” Rates are going to be low for a long time to come. They may be a little higher than they are today, but I don’t see a series of rate increases coming out anytime soon.

ETFdb: Who is your target customer? Who should buy XLRE and XLFS?

DD: We have a unique client base. Fifteen to 17 years ago, we truly started on the institutional side. There aren’t many financial products that appeal to both institutional and retail investors, but sector SPDRs do. I think it’s due to a combination of the low expenses of 14-basis points, a penny-wide spread and all the trading volume.

It starts with the institutional investor. It really does. Many of them are benchmarked to the S&P 500. We give them the opportunity – in a very liquid way – to get long or short, and move in and out of sectors whenever they like. I think that over time, individual investors have picked up on the ETF trend. We’ve seen the individual investor becoming a bigger piece of our investor base. And truly, the institutional involvement in this helps everyone. The fact that they’re in trading keeps spreads very tight. I think that when you look at real estate in general, it’s a very attractive sector for the individual investor. And XLRE, in particular, will draw a lot of attention to the retail investor because of the yield component.

XLRE and XLFS are two new ETFs that are part of a process to adapt to the changes in the investing industry as well as give investors more choice. These launches came out ahead of the GICS introduction of the real estate sector, which will take place in August 2016. For anyone who’s interested in the real estate or financial sector, these innovative ETFs are a great way to pick and choose how you want to play your investment strategy and build a better portfolio.

3 Thematic ETFs for Investors to Bet on in Q4