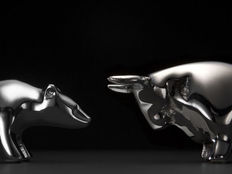 Bullish momentum continues to be a dominant force in equity markets in 2015, with investors favoring riskier corners of the market. While U.S. stocks seem to be the focus of most domestic investors, this year has also seen many pile into Japanese equities.

Japan Equities ETFs on the Rise

Japanese Equities ETFs have witnessed significant inflows thus far in 2015. The two largest funds – the MSCI Japan ETF (EWJ A) and Japan Hedged Equity Fund (DXJ B-) both have seen an increase in total assets under management. Below is a table highlighting the total AUM of these two funds at the beginning of January, February, and April.

Though DXJ saw a dip in assets in early February, the fund has continued attract more investors. As of 3/9/2015, the fund had over $14.3 billion in AUM. The popular EWJ has seen a steady stream of inflows in 2015, the fund currently has $15.4 in total assets.

In terms of performance, these funds along with other Japan-focused ETFs have managed to outperform the broader market:

In addition to DXJ and EWJ, several hyper-targeted funds have also gained momentum (data as of 3/9/2015):

While the Japanese stock market has managed to log in impressive returns thus far in 2015, many remain skeptic of the region’s long-term outlook. For several years now, the Bank of Japan has implemented multiple rounds of stimulus measures, all of which have done little to jump-start the slowing economy.

To put things in perspective, below is a chart from Trading Economics, showing Japan’s annual GDP growth rate since 2000:

While the Bank of Japan emphasizes that the country’s economy is finally shifting toward a growth path, recent economic figures have suggested that Japan will continue to face headwinds.

Furthermore, it is important to note that unlike the Fed’s QE programs, the Bank of Japan is significantly more involved in the country’s financial markets. The central bank has stated that it will increase its holdings of Japanese stocks and bonds to 90% of the country’s total yearly economic output. Therefore, the recent rally seen in Japanese equities are largely due to a “BOJ-induced” market. Once the central bank decides to scale back its holdings and stimulus measures, Japanese equities may not be able to stay afloat.

Be sure to also read Investors Pile Into HEDJ on ECB Stimulus.

While increased inflows and rising stock prices are typically a good sign, the case in Japan is quite different and far riskier than most investors realize. As always we encourage you to closely follow economic data before investing in foreign securities, and to take a close look under the hood of any ETFs you may be considering.