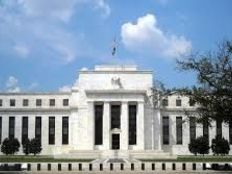 ETFs to Watch & The Fed

After weeks of speculating and all the volatility that comes along with that, the Federal Reserve finally made a decision on what to do with benchmark interest rates. The Fed dropped these rates down to zero back during the credit crisis as a way to jump start the struggling economy. The pervasive idea was that banks could borrow easily and loan money to corporations and individuals to spur capital growth.

Whether you’d argue that the process was successful or that it wasn’t, the economy has been doing better. So much so, that Janet Yellen and her team began the process of thinking about “tightening”.

With all eyes on the latest meeting, the Federal Reserve decided to keep these interest rates right where they were at zero percent. The continued zero interest rate policy (ZIRP) has equally as many implications for stock and bond ETFs as rising rates would have.

So what happens now? How is your portfolio going to be affected?

Rising interest rates would have meant that the economy was strong enough to stand on its own without the Fed’s help. And therein lies the problem with regards to keeping rates where they were. During her press conference, Yellen explained what was going on outside the U.S. globally, and things aren’t as rosy as they once were. Issues in China, Europe, and Latin America have the potential for spill-over effects in the U.S. Likewise, consumer, inflation, manufacturing and homebuilding data here at home haven’t been as strong as they were just a few months ago.

At the end of the day, there isn’t any reason to believe that the economy is getting all that much better, and under that framework, there’s no reason to hike rates.

At first blush, the markets cheered the decision. Loose and easy money policies are exactly what risky assets like. Traders still are able to borrow cheaply and buy stocks, junk bonds, and other riskier assets on the cheap. However, the euphoria was short lived. The Dow, S&P 500, and NASDAQ all turned negative as Yellen’s conference began to shift to talk about the risks in the world’s economy and reasons behind not raising rates.

Sure, investors can still borrow cheaply, but there isn’t any reason to given the now heightened risks.

So where does that leave some of the biggest ETFs and indexes? Try a hefty dose of volatility.

For broad-stock ETFs, like the S&P 500 SPDR (SPY A), the small-cap tracking iShares Russell 2000 (IWM A-), and the Vanguard FTSE Emerging Markets ETF (VWO A+), you’re going to see reactions to every bit of good or bad news. Increased volatility is almost guaranteed at this point, and we’ve already begun to see that. On September 18, the day after the Fed’s announcement, stocks across the broad market plunged on growth concerns. That’s a sharp difference compared to the previous Fed announcements to keep rates at zero. Investors are starting to get wary of just how bad things could actually be.

And if the Fed continues to kick the can down the road, that could signal even more problems for the economy and stocks.

On the flip-side, bonds, specifically longer-date bonds, are loving the decision. Funds like the iShares Core US Aggregate Bond (AGG A) and iShares 20+ Year Treasury Bond (TLT B+) have surged on the continued zero rate decision. To start with, rising rates hurt bond prices. That inverse relationship is exaggerated with longer-dated bonds. With no rate hike, that 2.66% yield on the TLT is as good as you can get from bonds and it’ll be sticking around for a few more months before the Fed has another meeting. At the same time, the flight to quality, because the world’s economy seems to be tanking, has pushed investors back into longer-dated bonds. Cash and short-term bonds, which can react to higher rates faster, are still paying nothing. The SPDR Barclays 1-3 Month T-Bill ETF (BIL B+) has a big goose egg for a yield. In fact, fees actually make it negative it weren’t for a waiver. For investors it’s still very much game on when it comes to a bull market in bonds.

As for other “risk” assets, such as REITs, MLPs, commodities, and junk bonds, each is now facing unique risks. While its yield is tempting, the iShares iBoxx $ High Yield Corporate Bond (HYG B+) could see rising defaults as the economy sours. No economic growth means commodities demand and the PowerShares DB Commodity Tracking ETF (DBC A) will be loaded with extra risk.

The Vanguard REIT ETF (VNQ A) and Alerian MLP ETF (AMLP A-) should continue to see heightened volatility as investors deal with lower rates for longer and the souring economy. The benefit here is that the sector’s large dividend yields could cushion any losses.

While the Fed’s decision to keep rates at zero is usually bullish for stocks, this time it was anything but. The key was in the dour tone to Janet Yellen’s press conference about just how bad the global economy could get. That’s kicked off another round of volatility and risk repricing in the markets. For investors in the largest ETFs, we could be in for a bumpy ride.