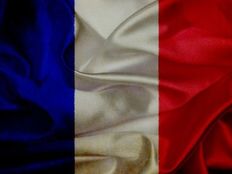 Tragedy struck the evening of November 13 when a series of terrorist attacks wreaked havoc across Paris. Our condolences to the families who were directly affected by this terrible event.

The response on Wall Street the following Monday was anything but ordinary.

One would expect the attacks in Paris would have sent a wave of fear-induced selling across global financial markets, and while that certainly did happen to a degree for some securities, the overwhelmingly bullish price action on the day for major domestic equity indexes was anything but expected – especially in the context of October’s steep rebound and rate hike uncertainty.

How did the market react? Here’s an ETF heatmap for the day, courtesy of FinViz:

Alas, the market has spoken, and not only did investors follow Buffet’s advice (he’s not selling anything because of Paris attacks), they even one-upped the Oracle and proceeded to “buy the crisis” with vigor.

Below, we’ll highlight the noteworthy moves across key asset classes following the Paris attacks by seeing how they behaved Monday, November 16, 2015.

The three biggest, broad-based European Equities ended the day with solid gains after starting out in the red. The bigger winner was (HEDJ B), the currency-hedged version, which also is the most popular by AUM, ending the day up 1.61%.

Perhaps the relative underperformance of small-caps, as represented by the Russell 2000, underscores some hesitancy on investors’ part to take “too much” risk on a day following a crisis.

In the industry-specific space, some key highlights were:

Use the ETFdb Stock Exposure Tool to find other ETFs that may have been hit as a result of their exposures to a certain security; for example, Delta Airlines (DAL) accounts for just under 4% of the iBillionare Index ETF (IBLN C+), a fund designed to track the holdings of some of the world’s most prominent investors.

Emerging Markets (EEM A-) were up a handsome 1.94% on the day, while regional and country-specific funds posted varying returns:

It’s worth noting Pakistan (PAK C) and Saudi Arabia (KSA B+) did not trade on Monday, perhaps showcasing the uncertainty surrounding certain corners within the region.

Volatility in fixed income was particularly muted. Long-term Treasuries (TLT B+), which often are regarded as a safe haven, were down 0.09% for the day; on the other hand, investors expressed their renewed appetites for risk as High-Yield Bonds (HYG B+) climbed 0.47% on the day.

The commodity space was a tale of two returns. On the winners’ side:

Gold’s safe-haven appeal was almost nonexistent, especially when we consider the magnitude of the tragedy that struck, coupled with uncertainty over the Fed rate hike at home.

And the losers were:

The U.S. dollar ETF took on safe-haven appeal in the forex market, gaining 0.54% and pushing bids lower for virtually every other major currency. The Euro ETF (FXE A) in particular was among the hardest hit, shedding 0.62% on the day.

Remember to resist the urge to make an investment decision after having an emotional reaction – and likely an overreaction – to an exogenous event, such as a crisis like a natural disaster or terrorist attack. For long-term investors especially, use any meaningful dips ahead, including crisis-related ones, to scale into securities that have been on your watch list for some time.

Image courtesy of taesmileland at FreeDigitalPhotos.net