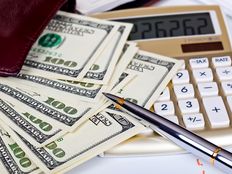 Money Managers on the Defensive

Even after the dismal start to the year, the second half of January has offered little refuge as volatility levels and profit-taking pressures remain elevated despite oversold conditions on Wall Street.

Major equity benchmarks are holding above key support levels for the time being. However, recent moves to rebalance portfolios by a number of institutional money managers may suggest there are further weaknesses in the cards for U.S. stocks.

If the bearish price action across markets hasn’t been enough to scare you away, then perhaps the latest defensive allocations made by professional money managers will. According to its most recent quarterly SEC filing, Brookstone Capital Management disclosed a major increase in its Utilities SPDR (XLU A) position. To be exact, the fund noted an 873% increase in its XLU stake during Q4, though this position still accounts for less than 1% of the firm’s total portfolio.

A number of other firms have increased their defensive appetite by upping their stake in utilities via XLU in Q4, including:

Consider XLU’s chart vs. the broad market, as represented by (SPY A), over the past one year:

The clear takeaway here is that XLU was underperforming SPY in 2015. However, this trend showed signs of reversal in recent weeks. More specifically, XLU has gained 3% since the start of December 2015, whereas SPY has shed about 10% since then. Granted, XLU’s recent lead over SPY may just be a short-term divergence from the long-term trend at hand, but it’s certainly an important reversal to keep an eye on, since it could spur further defensive allocations if it persists.

Ultimately, this is a bearish sign for investors as increased exposure to defensive assets – like utilities – among institutions generally coincide with further weakness in equity markets.

Be sure to read How to Spot a Sector Rotation with ETFs.

Brookstone Capital Management also upped its defensive exposure on the bond front after disclosing it had initiated a new position in the iShares 20+ Year Treasury Bond ETF (TLT B-). Other managers that followed suit in Q4 include:

It’s worth noting that Brookstone Capital Management also decreased its stake in SPY by 9% during Q4, further adding to the list of defensive rebalances seen across the space.

Investors that want to make a play alongside the institutional managers highlighted above can do so in a number of ways. To start, consider the list of:

While professional money managers aren’t always right, they certainly play an important role in shaping expectations. Whether it’s right, wrong, or rational, this alone can push the market in the direction that the experts forecast. If it manages to persist, SPY’s diminishing outperformance over XLU could signal the start of a larger de-risking wave in equity markets. Long-term investors would be wise to stick to their overarching asset allocation plan to avoid making emotionally-induced decisions in these volatile times.

FMET Makes It Simple to Take Long View of Metaverse