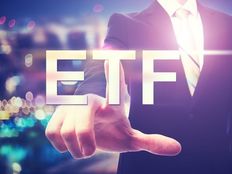 Sovereign bonds have been top performers since the beginning of the year as investors sought shelter from troubled equity markets. As seen on our International Government Bonds ETFs list, all eight international government bond ETFs posted positive returns so far this year. The top performer posted a 4.7% gain, while the worst performer posted a 0.2% gain. By comparison, the S&P 500 SPDR (SPY A) has lost more than 5% so far this year, as of February 18.

While the Federal Reserve decided to hike interest rates late last year, the rest of the world seems committed to keeping interest rates exceptionally low. The Bank of Japan joined the European Union in pushing interest rates below zero in an attempt to stimulate its economy, while no other major developed economy has raised interest rates quite yet. These low interest rates have pushed yields down and have raised the prices of international bonds and bond funds.

The top performer has been the S&P Citi Group International Treasury Fund (IGOV A), which jumped 4.7% so far this year. With 655 different holdings, the fund is well-diversified across regions like Denmark, Ireland, Sweden, Japan, Belgium, and other areas around the world. The portfolio has mixed maturity dates and holds primarily creditworthy bonds with AAA, AA, A, and some BBB and BB ratings.

Investors looking for the broadest exposure to international sovereign debt should stick with the IGOV ETF given its significant diversification across countries and debt attributes.

The ProShares Germany Sovereign/Sub-Sovereign ETF (GGOV B+) was another great performer with a 3.5% return so far this year. With only modest assets of less than $4 million, investors should carefully consider the liquidity of the ETF compared to the $500 million IGOV ETF. Mario Draghi’s comments that the European Central Bank would consider further easing measures could send German bonds higher, however, which makes the ETF worth watching.

Most investors know that bond prices are the inverse of yields, which means that prices go up only when yields go down. With yields in negative territory, the question becomes how much further bond prices can go up – the upside could be limited by monetary policy limits.

Short-term interest rates are close to zero or negative in most of the developed world, while the scope for adding further quantitative easing is limited. Central bank balance sheets have been propped up by more than 20% of GDP through quantitative easing efforts, but inflation remains below the 2% goal that many of these banks are targeting. Many economists believe that additional easing efforts could have little or no impact on inflation with rates already this low.

That said, many developed markets are in uncharted waters when it comes to unconventional monetary policy and many of the recent moves have been driven by market panic rather than interest rates. In early February, bonds around the world rallied as near-panic set in, with Japanese bonds moving into negative territory. Future yields may in part depend on the level of volatility and panic in other asset classes, including battered global equities.

Sovereign bonds have been among the top performers around the world, outpacing equities by a 10% margin since the beginning of the year in some cases. In general, these movements are driven by ongoing easing around the world and a flight to safety amid cratering equity markets. Future monetary policy options may be limited, but market panic could lead yields to move even lower and bond prices to rally over the coming months.