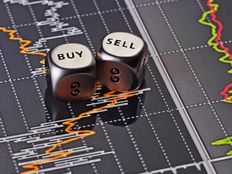 As the market rebound continues on Wall Street, so too does the unfolding of the great debate: is this a bull trap or the beginning of a meaningful upward trend reversal?

We know that the market and the economy are not the same thing. However, in this part of the cycle, this truism might not hold as much weight as many would believe.

Where Is the U.S. Economy Headed?

With the Fed easing the reins on stimulus and embarking on policy tightening for the first time since the depths of the 2008 financial meltdown, we have likely entered the latter parts of the recovery stage, both in terms of market and business cycle.

From a price and valuation perspective, many would attest that U.S. equities may be due for a deep pullback. Whether this is true or not, there is no denying that this bull run is likely nearing its last leg(s); furthermore, many valuation approaches are suggesting weak expected future returns for stocks.

The last piece to the puzzle is sentiment, and more specifically lingering talks of an impending recession. When we look to the data, broadly speaking, we see that there’s no need to be alarmed…yet. With that said, Moody’s latest revelation on the likelihood of the U.S. slipping into a recession has jumped from 16% (as of 1/25/16) to 21% (as of 2/29/16); read more here.

Creeping recession fears have clearly played a role in driving down equities, and they could become an even bigger headwind much to the bulls’ resilient certainty; likewise, a stream of encouraging data can quickly make everyone forget about growth concerns, Europe, China, and whatever else was keeping the market down.

The U.S. economy appears to growing, though not by as much as many would hope, and fears of a recession may be overblown. The Moody’s research note summarizes the current situation nicely:The probability of recession is at its highest since early 2014, but it’s far from alarming.

While a recovery may be unfolding, you still have to be nimble in the current environment; for starters, scale into positions instead of going “all in.”

Remember that as long as volatility levels remain elevated, and the VIX still hasn’t settled below 15, domestic equities remain susceptible to wild price swings in either direction. Put another away, improving growth expectations can bring back certainty, but until then, the market does not look enticing enough for many conservative investors and institutional money managers.

Bullish and Bearish Ways to Play

Consider the following list of ideas and suggested ETFs to trade them:

1. Long Telecom Services via (VOX B) – Based on the most recent earnings data, telecom services are reporting the largest year-over-year increase in earnings.

2. Long Health Care via (XLV A) – This is the second-best performing sector this earnings season after telecom.

3. Long “Return of Certainty” via (XIV B+) – While it shouldn’t be expected to produce the swings seen in years prior given the changed volatility regime, XIV is still a viable tool for “leveraging up” your exposure to U.S. equities by taking a bet on the return of certainty via an inverse volatility product.

4. Long “Risk On” via (SPHB B-) – An easy way to increase your risk appetite is to take a position in a concentrated ETF focused on the highest-beta securities from the S&P 500.

5. Long Defensive Stocks via (SPLV A+) – Another way to jump back into stocks while remaining on the defensive is through an ETF focused on holding the lowest-volatility securities from the S&P 500.

1. Short Energy via (XLE A) – Not surprisingly, energy remains the biggest laggard this earnings season.

2. Short Oil & Gas Explorers/Producers via (XOP B+) – Digging deeper into the earnings story, we see that exploration and production companies are reporting by far the worst declines in the sector as a whole.

3. Short Materials via (XLB A) – This sector is reporting the second-worst declines in year-over-year earnings this season.

4. Inverse S&P 500 via (SH A+) – This a great option for being bearish without taking an outright short position.

5. Inverse Russell 2000 via (RWM A-) – This should deliver even greater gains in the event of further profit taking seeing as how small-caps have been major underperformers throughout this rout.

Check out the ETF Cheatsheet for a more granular list of trading options.

The current environment may be ripe with opportunities for experienced traders but potentially dangerous for investors who are unsure in their own approach and blinded by “bargain-priced” securities. Remember to develop an asset allocation strategy first, and then move on to asking which ETFs to buy, how to manage positions, and more.

Bitcoin Goes Above $20,000 as Dollar Stumbles for Now