The adjacent table gives investors an individual Realtime Rating for SPHB on several different metrics, including liquidity, expenses, performance, volatility, dividend, concentration of holdings in addition to an overall rating. The "A+ Metric Rated ETF" field, available to ETFdb Pro members, shows the ETF in the Large Cap Growth Equities with the highest Metric Realtime Rating for each individual field. To view all of this data, sign up for a free 14-day trial for ETFdb Pro. To view information on how the ETFdb Realtime Ratings work, click here.

This ETF tracks a benchmark consisting of some of America's largest companies. As a result, investors should think of this as a play on mega and large cap stocks in the American market. These securities are usually known as 'Blue Chips' and are some of the most famous and profitable companies in the country, including well known names such as ExxonMobil, Apple, IBM, and GE. The fund is probably one of the safest in the equity world as the companies on this list are very unlikely to go under unless there is an apocalyptic event in the economy. However, these securities are unlikely to grow very much either as they are already pretty large and have probably seen their quickest growing days in years past, but most do pay out solid dividends which should help to ease the pain of this realization. This particular ETF focuses on stocks that have a high beta, which could potentially increase the volatility of this product when compared to more broad based funds such as SPY. However, this higher volatility could lead to greater gains when markets are trending upwards but it could also lead to bigger losses when markets experience broad sell-offs as well. While this strategy may sound appealing to many investors, the fund still has very low levels of volume and charges a high expense ratio of 29 basis points, much higher than others in the space but far lower than the other beta focused funds. Thanks to this, cost conscious investors would probably be better off in funds that have tighter bid/ask spreads or those that have a lower expenses, unless they are really sold on the idea of searching for securities in the space based on their level of beta, if so, this fund is a solid choice. 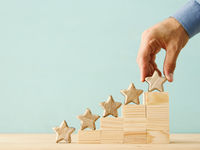 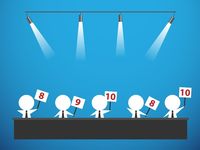 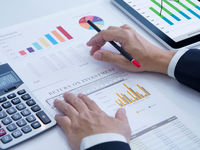