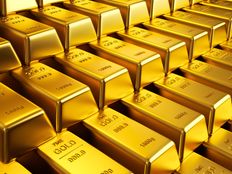 Should You Buy This Dip in Gold ETFs?

With gold prices seeing double-digit returns YTD alongside range-bound equity indexes, many are asking the question of whether or not this rally is the start of the next gold bull market, or just another trap.

Look to the Price Drivers

In today’s environment, the two most important fundamental drivers are:

From a long-term perspective, since the market bottom in 2011, U.S. equities have enjoyed a stellar run up against the backdrop of a supportive Fed policy; while this period had its occasional routs, overall there was a trend of “diminishing uncertainty” (as evidenced by the downward sloping Volatility Index (VIX) through 2014), which put downward pressure on gold prices.

Recently, as fears over anemic global growth have intensified, including talks of a surprise recession at home, many have dialed up their appetites for safe-haven exposure. Changing Fed policy is also seen as a risk factor, which has in turn been a tailwind for gold.

If we consider the same time period as above, that is 2011-2015, the trend is clear: there was a diminishing fear of (hyper) inflation and gold prices suffered greatly. Low inflation continues to plague much of the world and for that reason it remains a headwind to gold prices against a long-term backdrop. However, it’s worth noting that negative rates (currently utilized by the ECB and BoJ) have historically spurred gold demand; read more from Bloomberg. As further noted by John Ciampaglia, executive VP of corporate development at Sprott Inc., an issuer of gold miners ETFs, “When you don’t have any yield on a fixed-income investment, all of a sudden, gold looks a lot more attractive.”

Recently, we’ve seen fears of central banks “running out of ammo,” which is really synonymous with deflation in the context of today’s environment. That is to say, any signs of inflation at this point, at home or abroad, will be seen as a sign of healthy economic growth, which will in turn decrease gold’s appeal as an inflation hedge.

Putting It All Together

So, have the long-term headwinds plaguing gold finally reversed? Sort of. Recent developments are encouraging for gold bugs, but there is still the potential for a fakeout.

The rising demand for safe-haven exposure may be a trend that’s here to stay; however, any signs of improving economic growth will spur demand for risk-on assets instead. With domestic equity indexes lagging for the year and plenty of skeptics still on the sidelines, many would argue that there is a greater likelihood of upbeat surprises at this point than negative ones.

And what about inflation? The growing sense of a deflationary bias around the world has proven to be a positive for gold; and if this sentiment is further supported by weak data and more stimulus announcements, then it’s safer to say that gold’s long-term appeal as an inflation hedge and safe-haven asset has returned for good.

Another point worth considering not discussed in the price drivers, although it would fall under “Safe-Haven Demand,” is gold’s appeal as a currency alternative. As Ciampaglia points out, “As central banks around the world allow their currencies to devalue, if you’re someone in Russia, or Brazil, or somewhere in Europe, gold now looks a lot more attractive because it’s priced in U.S. dollars.”

All in all, there are meaningful tailwinds behind gold, although the precious metal isn’t entirely out of the woods yet so speak.

Consider the five-year weekly chart of the largest gold ETF, (GLD A-), below:

The two big trends here are:

Now consider GLD’s one-year daily chart below, along with its 200-day moving average (red line) to remind us of the long-term trend at hand:

This ETF has staged a monster breakout in recent months. The rally has been powerful enough to carry GLD past long-standing resistance along the 200-day moving average.

From a trend following perspective, GLD warrants a closer look as this security has broken outside of an intermediate-term downtrend and appears to be staging a bigger trend reversal. Watch for continued higher lows and how the ETF reacts near support around $116 a share.

Investors can pick from a number of ETFs linked to the precious metal:

Another way to gain exposure here is via equities, or in this case:

The most popular option on the large-cap side is (GDX B+), however, longer-term investors may want to take a closer look at runner up Sprott and their offering (SGDM ), given its more nuanced methodology.

While it is technically a closed end fund with a redemption mechanism, It’s an interesting alternative to GLD because of its potential more favourable tax treatment for US taxable investors.

With mixed conditions at home, little signs of growth in Europe, lingering instability across emerging markets, and continued volatility in energy prices, it’s clear why today’s fragile macroenvironment is favorable for gold investors. However, with central bankers appearing to go to any bounds to promote growth, the yellow metal could soon find itself “fighting the Fed” so to speak, which is a losing battle.

Fundamentals aside, gold’s recent rally is very impressive and nimble traders can likely squeeze out more profits from its swings.