Alternative ETFs in the Materials Category

This ETF offers investors exposure to some of the largest gold mining companies in the world, thereby delivering what can be thought of as "indirect" exposure to gold prices. Because the profitability of gold miners depends on the prevailing market price for the goods that they sell, these stocks will generally exhibit a strong correlations to movements in spot gold prices. When gold prices go up, gold miners make more money (and vice versa). It should be noted, however, that this relationship is not perfect; in certain environments, gold miner stocks and physical gold prices can move in opposite directions, and correlation between the two can be less than perfect. There are a number of potential benefits to investing in gold through stocks. Some investors have a hard time with the fact that physical gold will never make a distribution or generate a cash flow; gold miner stocks make dividends and report earnings, which can make valuation more straightforward. Also, gold miner stocks tend to trade as leveraged plays on spot gold prices; investors seeking to ramp up exposure may prefer to use stocks instead of the physical metal. There are a few interesting alternatives in the space to the ultra-popular GDX. Perhaps the most intriguing of those is GGGG, a product from Global X that focuses more narrowly on firms that derive the vast majority of their revenues from gold mining. As such, mining firms with significant operations revolving around silver or other industrial or precious metals are excluded from that fund, which generally includes a much more meaningful tilt towards smaller companies. For investors looking to isolate gold exposure and maximize the correlation to the precious metal--without including silver, copper, or other metals--GGGG might be preferable to GDX.

The adjacent table gives investors an individual Realtime Rating for GDX on several different metrics, including liquidity, expenses, performance, volatility, dividend, concentration of holdings in addition to an overall rating. The "A+ Metric Rated ETF" field, available to ETFdb Pro members, shows the ETF in the Materials with the highest Metric Realtime Rating for each individual field. To view all of this data, sign up for a free 14-day trial for ETFdb Pro. To view information on how the ETFdb Realtime Ratings work, click here.

There are 0 other ETFs in the Materials ETFdb.com Category that are also eligible for commission free trading:

The following chart also includes the option to compare the performance of GDX relative to other ETFs and benchmarks or to include indicators such as Bollinger Bands, relative strength, and moving averages. 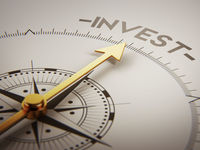 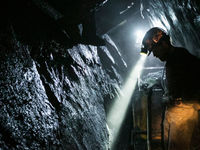 Be Cautious With This Small-Cap Miners ETF 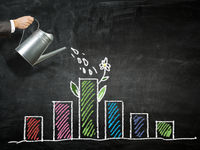 Alternative to Investing in Physical Gold

The Market Vectors Gold Miners ETF (GDX B+) seeks to replicate the price and yield performance of the NYSE Arca Gold Miners Index. The ETF normally invests at least 80% of its total assets in securities that compose the Gold Miners Index. The index is a modified market­ capitalization-weighted index primarily consisting of publicly traded companies involved in mining for gold and silver. GDX is quite popular with investors, with hedge funds using it to take positions on gold miners and individual investors using it as an alternative to investing in physical gold. This year, the ETF has performed extremely well and is up nearly 42.5% YTD, handily outperforming the S&P 500.

In terms of historical performance, though, GDX has not done well over the last five years. In percentage terms, the fund is down 65.1%, despite this year’s strong performance. Over the last one year, the fund is flat with a marginal loss of ­1.1%. This can be attributed to declining demand in the entire energy/metals/commodities complex ­since GDX’s constituents are heavily invested in silver, a metal that is used in several industries that have been impacted by slowing industrial demand. As of late, though, as oil has come significantly off its lows, and with the Fed coming back to a new normal, constituents of the Gold Miners Index have generated record returns, helping the GDX recover some if its historical losses and bringing it to a one-year return (as of this writing) to a marginal loss of ­1.1%.

Constituents on Track to Reduce Debt

The macro picture for GDX is healthy. It appears that constituents of GDX’s underlying index are on track to reduce their debt by a record $50 billion over the next two years. Rio­ Tinto (RIO) and BHP Billiton (BHP) are just some of those names. Further, while the Fed may want to increase interest rates at least twice this year, its ability to do so will be limited given the interest rate environments in Europe and Japan. In addition, during the January lows, gold held the psychologically important level of $1,050 an ounce and has gained about 10% since.

That takes us to GDX’s financial ratios. GDX has around $6 billion in assets under management and a very weak yield of 0.60%, driven partly by the extremely frail balance sheets of the constituents of its underlying index. GDX is close to its 52-week low of $21.42, trading (as of this writing) at $19.41. Its all-time low, hit earlier this year, is $12.40. The expense ratio for GDX is 0.53%, which is in line with other ETFs in its category. The fund has a turnover ratio of 24%.

A fundamental downside risk to an otherwise healthy outlook for GDX is its recent run­up, which has taken the ETF from its all-time low of $12.40 in January 2016, to $19.42, a gain of almost 50% in less than 90 days. While the rebound was inevitable, there have been significant short covering rallies in the constituents of its underlying index. While fundamentals look positive for equities in the commodities/energy/metals industries, as they are coming off an extremely poor cycle that has lasted several years, the current rally appears to be overdone by 15% to 20%.

I believe there are other opportunities in specific companies to play the space, but for investors wanting broad exposure to the metals industry, it would be prudent to start accumulating GDX at lower levels. I believe GDX is a Weak Buy with a price target of $20.50.

Click here to read about Emma’s views on Microsoft, the ETFs QQQ, FV, TLT, VOO and VTI, and the ETNs TVIX and VXX.