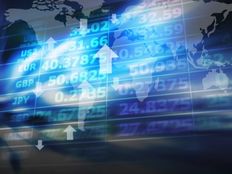 Why Currency-Hedged ETFs Have Gone From Loved to Shunned

Less than a year ago currency-hedged ETFs were on a strong outperformance trajectory. Today this product space is facing outflows of over $6 billion in the first three months of the year alone.

Have monetary policy dynamics changed that drastically in just a few months? Or are prices simply adjusting to new expectations?

Let’s review how the currency-hedged thematic has performed since we last checked in with the space in mid-October of last year.

The lead that (HEFA A-) had over (EFA A) peaked at the start of December last year and was gone by the February lows seen in the market this year. These two ETFs have been trading almost in-line with one another in recent weeks, showcasing just how quickly bullish momentum can evaporate.

Our observation from last time holds true: the performance gap in hedged (DBEM A-) and unhedged emerging-markets equities (EEM A-) is much tighter than in the case of developed markets.

Since peaking near the end of last year, the outperformance gap that European dollar-hedged equities (HEZU B) had over their unhedged cousins (EZU B+) has shrunk consistently and considerably; in fact, it appears to have almost entirely disappeared in recent weeks. As pointed out in our last recap, long-term investors may wish to give greater consideration to the possibility of the euro reclaiming even more lost ground versus the dollar when looking ahead, perhaps more so than in the case of developed and emerging markets.

Why Are Currency-Hedged ETFs Falling out of Favor?

First, let’s remind ourselves why currency-hedged ETFs were so hot in the first place. The key driver was the expectation that the U.S. dollar will continue to run higher as long as the Fed is furthest along the tightening cycle, which they have been.

This expectation has been challenged recently, however, due to a continued streak of lackluster domestic data releases prompting Fed members to lean back to the dovish end of the spectrum; in other words, U.S. data hasn’t really supported continued tightening yet, and so the dollar-bull story has lost credibility, thereby casting a cloud of uncertainty over dollar-hedged ETFs.

While the U.S. remains the furthest along the rate tightening cycle, this is no longer embraced by the market in the same respect as it was before.

The new driver/expectation behind currency-hedged ETFs appears to be that the U.S. dollar will be weaker so long as Fed tightening remains on hold in light of a fragile macro environment.

Currency-hedged ETFs appear poised to underperform their unhedged counterparts so long as rate tightening expectations at home remain muted. On the other hand, any signs of improving economic data will likely add tailwinds to the dollar as investors are reminded that we are indeed exiting a prolonged period of monetary easing.

Plain and simple, currency-hedged ETFs are exposed to cyclical forces and so it shouldn’t come as much of surprise to see some downside volatility following a period of strong outperformance.

Alternatively, you can search for funds by geographic region within the entire currency-hedged category.

Currency-hedged ETFs have fallen out of favor this year amid a weakened U.S. dollar, reminding investors of the inherent market timing risk that is associated with tactical exposures. With the market now pricing in a weaker dollar in light of persistently lackluster economic data at home and abroad, dollar-hedged ETFs appear poised to remain under pressure until these expectations reverse course as warranted by improving fundamentals.

There’s no avoiding the fact that any investment strategy is prone to periods of underperformance, no matter how proven it appears to be.