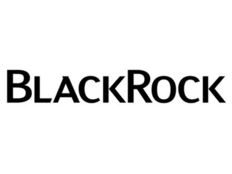 Free exchange-traded funds (ETFs) could be coming to your portfolio in the near future. That is, if current trends continue. Lower-and-lower expenses have been with the ETF industry since the beginning, as the vast majority of the products on the market track passive indexes. However, the competition has only intensified over the last few years as ETF adoption has exploded.

The latest salvo comes from the biggest ETF issuer around: BlackRock’s iShares.

In response to several other major fund sponsors cutting their fees, as well as pending legislation under new retirement rules, BlackRock once again took the hatchet to its core suite of building-block ETFs. The move will now put its ETFs below the costs of its two chief rivals, Vanguard and State Street. (Want to see how Vanguard is cutting its fees? Check out Vanguard Slashes Expenses On VWO, Five Other International ETFs)

In the end, lower expense ratios only serve to benefit investors.

BlackRock Cuts to the Core

Passive investing is getting a shot in the arm, thanks to the Department of Labor’s new fiduciary rules and standards. The regulations require brokers to put the interests of retirement savers ahead of their own. They can essentially be sued or fined for recommending products that aren’t the “best” for their clients. Under that guise, indexing is set to explode, and BlackRock wants to make sure that its suite of ETFs meets the definition under DOL’s rules.

To that end, BlackRock has chosen to cut expense ratios down on 15 of its most popular building block funds. The expense ratios for its core suite of ETFs – like the iShares Core S&P 500 ETF (IVV A) and iShares Core U.S. Aggregate Bond ETF (AGG A) – were already very low. However, after the cut, almost the entire suite will have costs in the single digits. All in all, the cuts affect around $216 billion in assets or 13% of BlackRock’s entire iShares lineup. BlackRock, in total, has about $4.9 trillion in assets under its umbrella.

The Affected Funds Are:

Why the Cuts Matter?

There are plenty of hidden costs when it comes to investing, from bid-ask spreads to commission fees. (See The Hidden Costs of ETF Investing for more.)

However, the expense ratio is the single biggest cost facing investors for liquid funds like the iShares’ core lineup. High fees are one of the main ways investors underperform the market. An ETF’s expense ratio (and all it entails) comes directly out of returns. All things being equal – which is true for most passive index funds tracking indexes – a fund with a lower expense ratio will outperform a similar ETF with a slightly higher one. And while it may not seem like a big deal, reducing a fund’s expense ratio by 3 or 4 basis points could be enough, compounded over time, to lead to significant outperformance – the kind that can make or break a retirement or other investing goal.

And investors seem to be voting with their feet.

Low costs providers, such as Vanguard, State Street and even Schwab, have seen their assets under management swell versus other more expensive rivals. In response, the so-called “fee war” has begun, and has continued to drive down costs; the benefit of this is higher returns for investors. Here at ETFdb.com, we believe that investors should continue to search for funds with lower costs since the net benefit is real. With that unwavering focus to provide investors with the best opportunities, we track these low cost leaders. Our list of the 100 Least Expensive ETFs can serve as a starting point for portfolio construction. Interestingly, many of these funds overcome several of the hidden costs associated with ETFs.

Apart from fees, the cuts matter in another way. The real crux for BlackRock is the DOL fiduciary standard. The idea is to provide the best possible funds and products for clients. Here at ETFdb.com, we support that mission too. Fees are an important step, but discerning subtle nuances between similar sounding ETFs is equally important. For example, two of BlackRock’s recent winners of fee cuts were the iShares Core Dividend Growth ETF (HDV A+) and the iShares Core High Dividend ETF (DGRO A). Both focus on dividends.

However, using our Comparison Tool, we can see trading volumes, underlying indexes, holding differences and costs, as well as other information related to each product. By using the tool, investors can not only see their expenses, but whether or not an ETF makes sense for their own portfolios or their clients.

Blackrock’s expense ratio was just the latest salvo in the fee war. As indexing continues to become popular, such expense ratio cuts are becoming increasingly commonplace. And when fund companies cut expenses, the real winners are its investors via their larger returns.

The ETF industry continues to transform itself beyond bread-n-butter indexing. New smart beta and even active products – all at low costs – continue to dominate new product launches. It’s an exciting time for the fund variety. Stay up to date with BlackRock’s iShares and all the issuers here and with all new ETF launches from all issuers in our Launch Center.