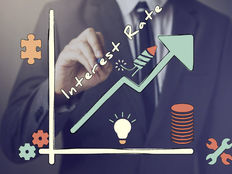 Trending: Divergence Back in Fashion as Fed Prepares Rate Hike

The stunning victory of Donald Trump in the presidential election has continued to be center stage; however, this week’s trends could perhaps offer a glimpse of what lies ahead in terms of macroeconomic themes. The divergence between the monetary policies in the U.S. and the rest of the world could very well re-emerge as the Federal Reserve prepares a rate hike and the European Central Bank mulls further easing. The dollar has strengthened lately against the euro, making the presence of the single currency in the list hardly surprising.

Elsewhere in this week’s trends, shipping ETFs garnered the most attention for a spike following Trump’s victory, and retailers found renewed hope in the President-elect’s economic plans. The Chinese yuan and floating rate bonds are at the bottom of the list.

Shipping ETFs have seen their traffic surge as much as 1,320% this past week, although the increase in viewership may be based on the impressive ascent of one single stock that is not even part of the most famous ETF. Struggling DryShips rose as much as 1,600% following Donald Trump’s victory as investors hoped an increase in trade would help the company avoid bankruptcy. However, over the past few days the stock dropped precipitously, erasing almost all gains, perhaps because investors realized their estimates were overly optimistic.

Guggenheim Shipping ETF (SEA B) is composed of 25 international shipping companies, but does not contain DryShips. Unsurprisingly, (SEA B) has risen a meager 4.2% since Trump was elected President.

It is unclear whether a Trump presidency would be beneficial for shipping companies. The President-elect promised to boost the economy through infrastructure spending and tax cuts, something that would inevitably increase the amount of traded goods. However, his plans to pull out of several trade agreements, including NAFTA, could more than offset the benefits from tax cuts and infrastructure on the shipping industry.

Euro Falls as Divergence Is Back on Table

The single currency has taken the second spot – far behind shipping ETFs – with a 133% rise in viewership over the past week. The euro has weakened significantly after a perfect storm of events brought to the fore the monetary divergence theme. Donald Trump’s victory and an apparent imminent rate hike by the Federal Reserve increased the value of the dollar and weakened the euro, while the gap between U.S. and German bond yields recently rose to a 27-year high.

UltraShort Euro ETF (EUO A), an ETF gaining when the single currency falls, has jumped more than 10% since Trump was elected president on November 8.

Trump’s victory was the catalyst that started the dollar rally. Then, several Federal Reserve officials, including Chair Janet Yellen, strongly hinted that a rate increase was coming next month. Meanwhile European Central Bank President Mario Draghi said that more policy accommodation was needed to bring the inflation back to normal levels. As a result, investors started to bet on parity between the euro and the U.S. dollar. For a deeper analysis on individual ETF investments such as (EUO A) or (UUP B), use our ETF Analyzer tool. You can select ETFs by category or type as well as add individual ticker symbols to compare performance, expenses and dividend yield, among other metrics.

As the U.S. economy and consumer confidence improves, retail ETFs are undoubtedly expected to rise. On top of that, the holiday season is coming, possibly providing a seasonal boost to retailers of all stripes. Retail has seen its traffic increase 121% in the past week, closely behind the euro. SPDR S&P Retail ETF (XRT B+), the largest retail ETF, has risen 3.3% over the past five days, extending year-to-date gains to as much as 8.2%.

Retailers had a good ride lately on improving economic data. Retail sales jumped 0.8% in October, beating analysts’ estimates of 0.6%, while the September figure was revised upward to 1% from 0.6%. Moreover, the consumer confidence index rose to a 6-month high in November to 93.8 from 87.2 in October. The upcoming holiday season will provide another boost to retailers’ top line. More information about the holiday season’s influence on retailers can be read in the article Black Friday Shines Spotlight on Retail ETFs. If you’re interested in more ETFs covering the retail industry, click here.

The Chinese currency has been underperforming lately, particularly in the face of an unstoppable dollar. The weakness has attracted 106% more viewers this week compared to last. WisdomTree Chinese Yuan Strategy Fund (CYB A+) dropped nearly 2% since Trump became President and the dollar started its upward ascent.

It seems pretty obvious that the yuan’s weakness has been driven by the dollar’s strength. Trump’s victory prompted investors to review their bets on the interest rate hike cycle, with most believing the President-elect’s policies would accelerate inflation and force the Federal Reserve to raise rates more often than previously expected.

Floating rate bonds have seen their traffic jump 93% this week, taking last place in our list. This asset class is expected to benefit from an upcoming rate increase, given that interest payments are usually tied to market-wide benchmarks such as Libor and the federal funds rate. iShares Floating Rate Bond (FLOT B+) has risen 0.2% over the past five days, extending year-to-date gains to about 0.8%.

This week was all about the monetary policy divergence theme and the upcoming increase in U.S. interest rates. The Chinese yuan, the euro and floating rate bonds were all popular because of the dollar’s strength and expectations of higher interest rates. Retail ETFs gained on the back of good economic data and improved consumer confidence, while shipping ETFs grew slightly on expectations of increased trade following Trump’s economic policies. For the latest news on the ETF market, check out our News page.