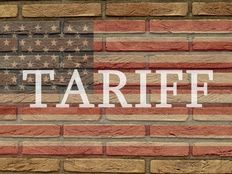 This was Donald Trump’s first week as president of the United States, and he made sure to take the initial steps towards protectionism and less trade, making currency investors anxious. The U.S. dollar and the Chinese yuan are both present in the list along with the British pound, which has jumped on the latest Brexit developments. In a further sign of investor jitteriness, gold and volatility ETFs have made their way to the top trending topics this week.

The British pound has seen its viewership rise 103% over the past week, as the drama surrounding the upcoming Brexit negotiations intensified. Prime Minister Theresa May received a blow from the Supreme Court, which said Parliament must give its consent on whether the U.K. can trigger the exit process.

In addition, May also agreed to publish a white paper outlining her case for the negotiating strategy, with Parliament expected to debate the best path. As a result of these developments, the Guggenheim CurrencyShares British Pound Sterling Trust (FXB B) has surged nearly 2.5% over the past five days, trimming 12-month losses to 11%. For a deeper analysis on individual ETF investments such as (FXB B) or (UUP B), use ETFdb.com’s ETF Analyzer tool. You can select ETFs by category or type as well as add individual ticker symbols to compare performance, expenses and dividend yield among other metrics.

ETFdb.com’s ETF Issuers page provides you with a list of all ETF issuers. Click on any ETF issuer, such as Guggenheim or Vanguard, and get a complete list of their ETFs.

The Prime Minister’s plan is expected to give more clarity on her recent remarks that signaled an option for a hard Brexit, a move that would upset many businesses and London’s financial center in particular. May wanted to bypass Parliament arguing that revealing too much of her Brexit strategy would make her weaker in the upcoming discussions with European policymakers.

In essence, she wants a free-trade agreement without the need to contribute to the European Union budget and allow free movement of labor. European policymakers have been clear that they will make sure the U.K. will not be permitted to cherry-pick the best parts of the accord, but May warned she may not close a deal at all if her requests are spurned and suggested the U.K. may slash corporate taxes to attract capital.

With the election of Donald Trump, May’s hand suddenly became stronger given the U.S. president’s support for Brexit. She is slated to be the first foreign official to meet with Trump, who promised the U.K. a fair free-trade accord.

The U.S. dollar has seen its viewership increase as much as 97% this week, as investors turned their attention to Trump’s actions as he took office. His first moves aimed at hindering trade were not very encouraging. PowerShares DB US Dollar Bullish (UUP B) has dropped about 1.2% over the past five days, extending year-to-date losses to 2.4%.

Among the first things Trump did as president was to withdraw from all Trans-Pacific Partnership (TPP) negotiations. In addition, Trump is preparing orders to build a wall south of the border to curb immigration out of Mexico, in a move signaling his seriousness about severing ties with the country. NAFTA is also slated for renegotiation, and some Mexican officials said the nation could exit the agreement altogether.

All these actions have likely disappointed the market, which previously chose to focus on the points in Trump’s agenda that were expected to benefit the economy such as cutting corporate taxes and shrinking regulations. Some orders signed by Trump so far have been positive for the market, including speeding up the approval of the Dakota Access and Keystone Oil Pipelines and imposing a “freeze” on all regulations.

The Chinese yuan has seen its traffic increase 47% over the past week, as the central bank has been eagerly depleting its reserves to prevent the currency from crashing. So far, the nation has been able to prop the yuan, which increased 0.20% over the past five days. Year-to-date, the currency is up 3%.

The relations between the U.S. and China have been worsening of late. Rex Tillerson, the secretary of state nominee, said the U.S. should defend its interests in the disputed waters in the South China Sea and block access to China, prompting outrage from Chinese officials. Unverified reports from Chinese media said the nation was already deploying nuclear capable missiles to the closest point of China to the U.S.

On the trade side, Trump has suggested the U.S. could impose tariffs on Chinese imports in the U.S., which could prompt a similar response from China. A trade war between the two countries would be devastating for the world economy. To easily find ETFs exposed to a particular country, check ETFdb’s ETF Country Exposure tool. Select a specific country and get a list of all the ETFs with exposure to your pick.

Gold in Demand Despite Rallying Markets

Gold has seen its viewership increase by 28% the past week, as the precious metal continued its rally that started at the beginning of the year. SPDR Gold Shares (GLD A-) has risen more than 4% year-to-date. Sign up for ETFdb Pro and get access to real-time ratings on over 1,900 U.S.-listed ETFs.

Gold has rallied along with the equity markets lately, which is likely a symptom of investors’ ambivalence toward a Trump presidency. While some investors believe Trump’s policies will boost the economy and stock markets, others are fearful of some of his stated goals, particularly on trade, and are preparing for the worst by buying gold.

Although there hasn’t been much volatility over recent months, the ETFs tracking the index are starting to look attractive to some investors because of their depressed prices. iPath S&P 500 VIX ST Futures (VXX A-) has dropped 10% over the past five days alone and is down 25% since the beginning of the year.

Volatility ETFs are appealing to some investors not only as a hedge but also as a bet against the U.S. markets, particularly given the fact they are at historic highs. Just Wednesday, the Dow Jones Industrial Average closed above the 20,000 threshold for the first time. Optimism in the market is running high, making it susceptible to a correction. ETF Database has ETF Investing Guides and other ebooks to help you navigate the investing landscape using ETFs.

Sign up to ETF Database Pro to get access to all the PDFs located on our ETF Guides page.

Major currencies dominated this week’s trends. The British pound rallied on a promise by Prime Minister Theresa May to publish her Brexit plan, while the dollar fell on comments by Trump and some of his policymakers that the greenback was too strong. The Chinese yuan has not capitulated yet, as the nation’s central bank has been using its massive reserves to prop it. Finally, gold and volatility are signs of investor jitteriness about the stock market rally.

By analyzing how you, our valued readers, search our property each week, we hope to uncover important trends that will help you understand how the market is behaving so you can fine-tune your investment strategy. At the end of the week, we’ll share these trends, giving you better insight into relevant market events that will allow you to make more valuable decisions for your portfolio.