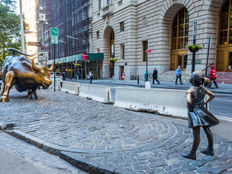 The first market sell-off in two years has directed attention to inverse equities ETFs, which took first place in the list.

Infrastructure ETFs are again in vogue after U.S. President Trump said he will focus his efforts on devising a spending package to fix the country’s crumbling bridges and airports. Amid an unassertive flight to safety, gold ETFs took third place in the list, while volatility was last. Aerospace & defense ETFs also trended, taking fourth position.

Inverse, or short, ETFs were in high demand this past week as the global markets took a dive on worries the U.S. Federal Reserve will raise interest rates at a faster pace than expected. The short ETFs equities saw their viewership skyrocket by 612%.

The market correction, the first since early 2016, was not surprising for many observers despite a lack of fundamental concerns. ProShares Short S&P500 (SH A+) has risen nearly 5% this week on high volatility, but it remains down more than 16% for the past 12 months.

The panic began in the bond markets, with yields starting to rise quite abruptly, making investors nervous. Indeed, the U.S. economy apparently received a big double stimulus from the tax reform and weak dollar at a time when it is already close to completing the economic cycle. The job market is strong, with the unemployment rate at record-low levels, while inflation is expected to rise. A host of large U.S. companies promised big bonuses and wage hikes for their employees, which may lead to higher inflation. As a result, bets that the Federal Reserve may be caught wrong-footed and start increasing interest rates at a higher pace have increased, triggering a stampede for the exit.

As a result of the selling wave, SPDR S&P 500 (SPY A) experienced a record $17.4 billion in outflows in the four days through Wednesday. On Tuesday alone, around $8 billion was withdrawn from the (SPY A), although year-to-date the index still has received net inflows of $2.4 billion to reach assets under management of over $283 billion.

Infrastructure ETFs May Get Boost from Trump’s Imminent Plan

Infrastructure ETFs have dropped in the past five days along with the broad market, but they could soon get a boost when U.S. President Donald Trump unveils his infrastructure spending plan for the next ten years on Monday. Trump previously indicated the plan will consist of a combined $1.5 trillion spending over the next ten years, with most of the funds taken from cost cuts rather than new revenues.

Traffic to infrastructure ETFs advanced 186% in the past week, as the ETFs tracking the industry declined substantially. iShares Global Infrastructure (IGF A-), an ETF with more than $2 billion in total assets, has declined 4.5% in the past five days, but it remains up nearly 10% for the past 12 months.

Trump’s move to unveil the plan follows a speech in which he asked Congress to elaborate a $1.5 trillion package and seek ways to leverage it by partnering with state and local governments, and, where possible, with private investors. Trump said the federal government should end up paying only 20% of the costs as opposed to 80% traditionally. Democrats said they would accept an infrastructure deal if the Trump administration agrees to significant new spending to pay for the upgrades.

Gold ETFs used to shine the most in times of market turmoil. Not anymore – SPDR Gold Trust (GLD A-) has fallen more than 1% in the past five days, cutting 12-month gains to nearly 7%. However, gold still attracted our readers, with viewership increasing 115% during the past week.

The fact that gold failed to react in its usual manner of rising in times of market turbulence does not necessarily mean it lost its safe-haven status. Indeed, another safe haven, the Japanese yen (FXY C+), failed to react as well, creeping up only slightly in the past five days.

Gold failed to attract buyers because this market sell-off was not triggered by fundamental news but by expectations of rising interest rates, which stemmed from a large stimulus in the U.S.

Gold has also been hit by dwindling consumer and investment appetite, with the World Gold Council recently saying demand dropped by 7% in 2017 to an eight-year low. The decline was spurred chiefly by a fall in interest from American investors, the industry body said.

Aerospace & Defense equities have seen their viewership rise 93% this week, taking the fourth spot in the list. The defense equities have declined in line with the broad market on fears the U.S. Federal Reserve will raise interest rates at a quicker pace.

President Trump is expected to ask Congress to increase the military budget for 2019 to $716 billion, after the government agreed to a $700 billion budget for the current year. The proposed military budget would represent an increase of 13% on 2017. As a result, aerospace & defense stocks may keep rising in the coming years. iShares U.S. Aerospace & Defense (ITA B) has tumbled 4.7% in the past five days, slightly beating the S&P 500, which was down 4.95%.

Spike in Volatility at Center of Market Sell-Off Talk

Normal volatility instruments have obviously had a good ride, with iPath S&P 500 VIX Short-Term Futures (VXX B+) advancing as much as 54% in the past five days. In the past 12 months, (VXX B+) still remains down 41%.

The eerie lack of volatility had started to concern many investors and the abrupt spike claimed victims. Given that the markets stayed calm for two years, many investors, including retail ones, piled into inverse volatility instruments as they were seen as a sure bet to make money. The trade backfired in the current market sell-off.

For a deeper analysis on individual ETF investments such as (VXX B+) or (ITA B), use our ETF Analyzer tool. You can select ETFs by category or type as well as add individual ticker symbols to compare performance, expenses and dividend yield, among other metrics.

Inverse ETFs were in high demand this week as the market posted its first correction since the beginning of 2016. Infrastructure ETFs may get a boost from Donald Trump’s proposed $1.5 trillion infrastructure plan, although he may face challenges over specifics. Gold ETFs slid along with the general market, despite a global market sell-off. Aerospace & defense stocks may continue their rally as Trump wants to increase the military budget in 2019. Finally, volatility ETFs sparked concerns that they may amplify a market move down. 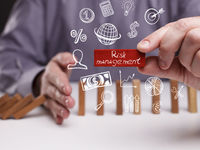 Data confirm the second quarter was another rough stretch for dividends, a scenario that... 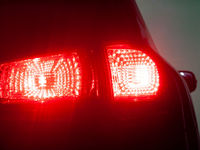 It was full steam ahead for the Federal Reserve when it came to shoring up the bond market... 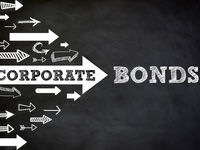 After enduring some strife earlier this year, the investment-grade corporate bond market is...