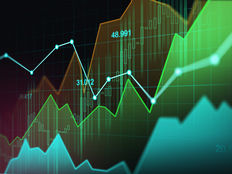 This is a special edition of the ETF Database scorecard that delves into the annual performance of major global indexes. The performance is measured from January 1 to November 30.

The S&P 500 (SPY A) had a bad start to the year on fears that NAFTA would crumble and the Federal Reserve would raise interest rates faster than expected. However, as the U.S., Mexico and Canada began to talk a deal and the U.S. economy continued to perform despite ongoing trade war jitters, the S&P 500 resumed its ascent. The corporate tax cuts passed by the Trump administration further boosted investor sentiment, with the S&P 500 on track for another strong year by mid-September – the index was up more than 10%.

However, volatility increased over the next two months, as a rise in trade tensions between the U.S. and China, surging Treasury yields and the fading effect from tax cuts weighed on sentiment. Lately, the Federal Reserve indicated that it might pause interest rate hikes, while there have been signs that the U.S. and China might end hostilities. Another bull run might be on the horizon.

The technology sector (QQQ B+) has outperformed the broad market year-to-date, despite a host of challenges facing some key exponents. (QQQ B+) is up as much as 8.22% year-to-date versus 2.92% for the S&P 500. Facebook (FB) was hit by a misuse of customer data scandal and was one of the main detractors from (QQQ B+)’s performance, down around 20%. Another significant loser was Nvidia (NVDA), the producer of graphics chips for gamers, which had received a big boost from cryptocurrency mining only to crumble along with Bitcoin prices. Nvidia’s stock dipped 17% year-to-date. Netflix (NFLX) and Amazon (AMZN) were among the biggest gainers for the year, up 53% and 40%, respectively, as both continued their expansion in their core markets.

The performance of the Dow Jones (DIA B+) has been in line with the S&P 500, with the index closing up 2.89% year-to-date. Visa (V), Boeing (BA), Cisco (CSCO) and Nike (NKE) were among the best performers from the index, all four posting gains above 20%. Microsoft (MSFT) was the quiet performer, surging more than 33% and getting close to Apple (AAPL) by market capitalization.

When the broad market was reaching its peak, the small-cap index Russell 2000 (IWM A-) was the best performer from the pack with a year-to-August 31 gain of nearly 14%. For (IWM A-), that was the case for most of the year, as investors plowed into small-cap stocks, viewing them as insulated from the trade wars waged by the Trump administration.

However, as the collective sentiment shifted from the overseas trade wars to the rising yields at home, small-cap stocks were the first to take the hit. (IWM A-) is now down 0.38% year-to-date.

The European and Australian stock markets (EFA A) had better years than 2018. European stocks (FEZ B+) fell nearly 11% year-to-date, even as the U.S. markets rallied. A slowing economy in the Eurozone and a central bank gradually reversing its monetary policy of free money hurt stock prices. Australia (EWA B+) dropped around 10% as its main trading partner, China, has been embroiled in a trade war with the U.S. for the better part of the year.

Emerging Markets (EEM A-) had the worst year from its major peers, shedding as much as 14%. That is not at all surprising given the flurry of bad news all year round. Turkey and Argentina experienced currency crises, China was hit by a trade war with the U.S. and Brazil saw months of political upheaval at home. A strong U.S. dollar and rising interest rates in the U.S. did not help, with Turkey particularly hurt as its corporate world has a mountain of dollar-denominated debt.

Perhaps 2018 was the year when the performance of the U.S. markets diverged from the rest of the world, likely as a result of Trump policies. The U.S. President cut taxes at home, boosting corporate coffers, and engaged in trade wars abroad, a move that hit emerging markets and Europe. The strong dollar and rising interest rates in the U.S. further boosted the divergence trend.