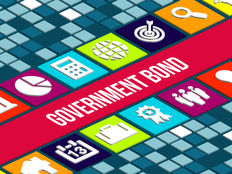 Bond investors in China have a seemingly unquenchable thirst for government bonds, but the latest sell-off might appear that the well for sovereign debt has run dry. However, one market expert feels this is an opportune time to buy into Chinese debt for their attractive valuations.

Per a Bloomberg report, the “yield on benchmark 10-year sovereign debt is up 20 basis points since a three-year low on Sept. 6, ranking it among the worst performers in Asia. Meanwhile, stocks have turned the least volatile since early 2018, while the previously wild yuan has traded around 7.08 per dollar for almost two weeks.”

BNP Paribas Asset Management’s Jean-Charles Sambor is optimistic about yuan-denominated debt and predicts that the 10-year yield will hit 3.1% by year’s end. As economic data coming out of China errs on the side of investors taking caution, the case for more bonds becomes apparent.

“A turning point should be here pretty soon,” said Sambor, BNP Asset’s deputy head of emerging market debt in London. “We see value in policy banks and will continue to buy in the adjustment.”

Rising yields portend to a risk-on sentiment returning to the capital markets, especially with the U.S. and China at the negotiating table to work out a trade deal. Thus far, the news has been positive, which is easing the demand for safe haven assets like bonds.

“China funneled 200 billion yuan ($28 billion) of one-year cash into the banking system last week, they’ve stayed clear of more aggressive measures this year,” the Bloomberg report noted. “The central bank has injected a net 560 billion yuan through open market operations in the past four days ahead of a deadline on Thursday for corporate tax payments.”

An ETF an investor in U.S. bonds may want to consider for short-term exposure is the Vanguard Short-Term Bond Index Fund ETF Shares (BSV A+). Too much exposure to bonds can open up investors to duration risk so a short-term bond funds like BSV is a prime option.

“So, this fund offers exposure to the short end of the investment-grade market, invest in bonds maturing between one to five years,” said Alex Bryan, Morningstar’s director of passive strategies research. “It owns both government as well as corporate bonds. Like the Vanguard Total Bond Market ETF, it is very conservative. Most of the portfolio is parked in AAA rated securities. But I think this is a particularly attractive option if you are looking at the yield curve and thinking that long-term bonds currently may not be offering very good compensation for their additional interest-rate risk. So, if that’s a concern, or if you need money in a couple of years, this is a really good option to consider.”