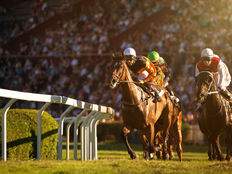 With Treasury yields already at bottom barrel levels, bond fund managers see the race to zero interest rates in its early stages. The capital markets foresee another rate cut at the forthcoming Fed meeting and experts feel that more cuts are ahead.

Per a Reuters report, the market “is already pricing in a 93.5% chance the U.S. central bank cuts short-term interest rates by at least 0.25% at its October 30th policy meeting, according to CME Group’s FedWatch tool, continuing a rate-cutting cycle that began earlier this year and helped lead to bull markets in both bonds and equities.”

Fund managers from the likes of First Pacific Advisors, Columbia Threadneedle, and Brandywine Global sense that capital market players aren’t pricing in the fact that rate cuts could continue through 2020.

“We think the Fed’s precautionary cuts continue and the market isn’t anticipating that scenario and is priced for a soft landing next year,” said Edward Al-Hussainy, senior interest rate and currency analyst at Columbia Threadneedle.

“We’re looking for opportunities to add in risk assets that are sensitive to U.S. rates,” Al-Hussainy added.

The Fed’s moves to pare down rates will make certain debt attractive, such as short duration bonds with high yields. Keeping duration short will help curb exposure to a market downturn should a recession occur in the near time horizon.

“There’s a higher probability of a recession than we thought at the beginning of this year, and the Fed may need to return more significantly to unorthodox monetary policy like quantitative easing,” said Gary Herbert, head of global credit at Brandywine Global. “It’s not unthinkable to expect a recession in the next year, it’s one stupid tweet away.”

The default bond play to get broad-based exposure might be the iShares Core US Aggregate Bond ETF (AGG A), but for short duration exposure, the WisdomTree Yield Enhanced U.S. Short-Term Aggregate Bond Fund (SHAG B+) is the choice.

“In today’s fixed income markets, the ability for investors to maintain the appropriate balance between risk and return remains extremely challenging,” noted a WisdomTree information sheet for the SHAG fund. “While stronger economic growth may boost the returns of credit, this could also lead to an increase in nominal interest rates. At the same time, core fixed income benchmarks have experienced a dramatic shift from their historical composition over the last 20 years. Given that many investors often follow market capitalization-weighted benchmarks, their holdings of U.S. Treasuries have increased markedly, often at the cost of their ability to generate sufficient income from core portfolios.”