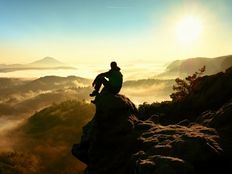 On June 30, Roundhill Investments, the issuer behind thematic tech funds like the Roundhill Sports Betting & iGaming ETF (BETZ C) and the Roundhill Streaming Services & Technology ETF (SUBZ ), launched an ETF designed to capitalize on the emergence of persistent virtual worlds and economies.

The new ETF, the Roundhill Ball Metaverse ETF (META), tracks companies involved in the “Metaverse,” which is a concept of a next-gen Internet that’s persistent, interoperable, synchronous, and open to everyone, with its own fully functioning economy and both virtual and real-world experiences. Think online worlds and social networks that blend reality with virtual reality.

The Metaverse is a “successor-state to today’s mobile Internet,” according to the press release announcing the ETF launch, one that integrates and links countless persistent virtual worlds, but also is integrated into the physical world as well, “thereby creating a new medium and economy for work, leisure, and innovation.”

Bloomberg Intelligence believes the market opportunity for the Metaverse can reach $800 billion by 2025, according to Roundhill’s fund page.

The ETF tracks the global Ball Metaverse Index, a benchmark designed by Matthew Ball, an investor, researcher, and expert council for a variety of high-profile names, including Amazon, NVIDIA, Tinder, Spotify, and others.

“We consider the emergence of the Metaverse to be as transformative and valuable as the emergence of mobile Internet and the fixed-line Internet that preceded it,” said Ball in the press release. “It likely will touch every industry and profession, enlarging and/or disrupting today’s leaders, and leading to countless new companies and technologies.”

META’s benchmark tracks a tiered-weight portfolio of stocks involved in one or more of the following:

The fund has an expense ratio of 0.75% and is listed on NYSE Arca.