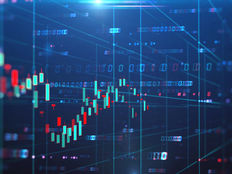 Peng has more than 25 years of investment experience on both the sell side and buy side. Prior to founding Advocate, he was head of portfolio solutions at Secor Asset Management. He was also previously a managing director and head of the portfolio solutions group at Credit Suisse and has held a variety of senior portfolio management, trading, strategy, and risk advisory positions at firms such as BlackRock, Citigroup, and Oak Hill. He co-authored the book The Structured Note Market.

Shea brings over 30 years of experience in managing investment operations, trading, and structuring complex financial products. Previously, he served as a managing director and global head of real estate capital markets at BlackRock Inc. During his 19 years at BlackRock, he was a co-founder, CFO, and COO of their commercial real estate high-yield debt group. Before joining BlackRock, Shea was a tax lawyer focusing on investment products and tax advantaged investments.

Lara Crigger, managing director, ETF Trends and ETF Database: How did Advocate Capital Management come into being, and what led to you launching RRH now?

I was trading at BlackRock at that time, and I noticed that certain parts of a hedge fund portfolio did very well during the LTCM crisis. That really started the design process in my mind, which went like this: Can we create a portfolio of strategies that can help — on an aggregate basis — clients manage risk? I’ve been applying this portfolio-based risk mitigation methodology to help institutional clients manage risk for 10 years now, long before we started RRH. RRH is really an extension of this portfolio-based risk mitigation solution.

Why are we starting RRH now? Two reasons. The first is that back in 2020, the SEC modernized ETF and mutual fund rules, using what we call market-convention risk limits. That brought it really more in line with global fund products, such as European UCITS, and this modernization is what allowed us to bring our portfolio-based approach to the ETF world.

Crigger: Are we talking about the ETF Rule here and the modernizations associated with that law’s passage?

Richard Shea, COO/CFO, Advocate Capital Management: The specific rule that was changed allows ’40 Act companies to use an industry-standard Value at Risk (VaR) methodology to manage risk. We have been using VaR to monitor risk since we started Advocate Capital. The VaR on the portfolios we were managing were significantly below the SEC’s 20% limit, the current maximum for ’40 Act companies.

So I said to Scott, “Hey, this is what we do anyway. It looks like we are now able to just flip a switch and use the ETF rules.” As we all know, the ETF markets have been very hot for the past several years. RRH is a great product, so we thought, “Let’s give it a shot.” We went out there and pulled the pieces together. And here we are.

Peng: The second reason of, “Why now?” for RRH is that now is the right time for a rising rate hedge. Inflation has risen dramatically, as we all know. Every time you go to a supermarket, it seems like prices are going up on anything you buy. Also, the Fed is going to announce the start of the tapering of their bond purchase program soon (Ed: which they did at the November FOMC meeting). The Fed and other central banks are really the last price-indifferent buyers of bonds in the market, and that’s moving away. So, we feel that this is a really good time for us to be launching our Rising Rate Hedge ETF.

Crigger: There’s a lot of rising rate products in the market, though. How is RRH different?

Peng: If you look at the universe of rising rate products that’s currently out there, most predominantly do one of two things: either directly shorting bonds in some way, shape, or form; or buying options to effectively short bonds. Both of these approaches, while they do address the rising rate issue, usually have very high negative carry.  If not much happens in the market, you could lose 5–10% per year, depending on the fund. One well-known ETF has been around [for over ten years] has a total return since 2008 of -94%.

But that’s been the only available choice if people want to hedge rising rates. It forces investors into trying to time rising rates. If they get the timing wrong, they’re subject to large negative carry while waiting for the rising rate event to happen. Our product is designed to have much less negative carry — sometimes it’s carry-neutral, sometimes even a little bit positive carry — so investors won’t be penalized significantly to buy and hold onto this as a core part of their portfolio.

Crigger: If you’re not shorting bonds to hedge rising rates, nor are you buying options, then what are you doing in your strategy?

Peng: I think about shorting bonds to hedge against rising rates as a direct hedge. An example would be the following: If you’re fighting a land army, then one strategy would be to go out and get a bigger land army to pound them. Let’s call that approach, “Version 1.0.”

Our approach is to fight this land army with a combination of air, land, and sea forces. We think that this combined portfolio, which is based on a multi-asset, multi-strategy approach, is a more effective way to produce the rising rate solution.

Crigger: Can you walk through the different strategies you’re implementing in RRH to take advantage of rising rates?

Meanwhile, in currency space, one very classic strategy that performs well when rates rise is to be long dollar and short the yen. Typically, if rates rise, it’s mainly in the U.S., because Japanese rates really aren’t moving very much. U.S. rates are already higher than Japanese rates, and if U.S. rates rise further, that rate differential widens even more. A wider rate differential generally creates more interest among Japanese investors to allocate more cash overseas. So, rising rates results in this direct investment flow coming out of Japan to buy U.S. assets. Even on an intraday basis, if rates go up, you can see dollar/yen reacting almost instantaneously. So that’s a very classic example of a currency-based strategy that allows us to benefit from rising rates.

Crigger: You’re also moving within your equities sleeve to various sectors that will outperform in times of rising rates, including financials. Why specifically are financials such a good rising rate play?

Peng: Banks tend to borrow short and invest long, so they book the interest rate differential between the short end of the yield curve and long end of the yield curve. Typically, when interest rates rise, a bank’s net interest margin (NIM) or net interest income (NII) tend to increase in that environment. It’s a very good example of how financial institutions can benefit when rates rise.

I can’t speak to other sectors that we may or may not be investing in, but fundamentally the strategies we select for RRH are not done just as a technical exercise. We have to be able to really understand the reasoning behind why these strategies would perform well when rates rise.

Crigger: So if I’m an advisor looking to position my clients in advance of a potential rate increase, where would I want to implement RRH in a portfolio?

Peng: We can think of three applications of RRH. The first is for investors who purely want to hedge against rising rates or higher inflation. This could be fixed income investors or retirees whose buying power is limited or is fixed who would clearly be exposed to rising rates and inflation. While RRH is designed to generate capital appreciation if rates rise, higher inflation is very likely to benefit RRH as well. The definition of “nominal yield” is a sum of inflation expectation and real yield. And real yields are close to all-time lows right now. So if inflation rises and real yields start to revert to historical levels, then RRH (which responds to rising nominal yield) could give you more bang for the buck.

The second application is for investors who have significant allocation to asset classes such as high-yield bonds, emerging markets, tech, or real estate. We think RRH could be quite a good complement to those investments because they can be highly sensitive to rising rates. One needs only look at the 2021 experience to see how those asset class returns were severely blunted in the first quarter (when 10yr Treasury yield rose 83bps) versus the ensuing 4 months (when 10yr Treasury yield dropped 52bps).

The third use of RRH would be as a strategic component of a fixed income or a multi-asset portfolio to help reduce risk and potentially improve the overall portfolio efficient frontier. One example is to take a very classic bond portfolio allocated to the Bloomberg US Aggregate Bond Index. What if you just replaced just 10% of that allocation with RRH? The result is that you not only get a reduction in portfolio-level volatility, but you also potentially improve the Sharpe ratio as well as the Sortino ratio quite significantly. RRH, because of its low negative carry, allows investors to hold it for long periods of time, enabling its use as a core part of their diversified portfolios.

Crigger: I have to ask — even though most of us probably agree that rates will eventually rise, what if we’re all wrong? What if rates just stay low forever? Or if they go even lower? What happens then, in that edge case?

Given the fact that RRH has, by design, very low cost of carry, sometimes neutral, it allows investors to hold onto it and not be penalized much if rates are relatively stable. Over long periods of time, this means RRH produces a much more symmetric return response to rising and falling rates than existing products.

Crigger: What do you think investors are overlooking or misunderstanding something about interest rates and the role they play on a portfolio?

Peng: Most people tend to think that rate levels today are reasonable, but if you look back in history, these rates are unreasonable. 1.6% 10-year Treasury yield is not reasonable when inflation is 5% or 6%. Rates are not low because we have super low inflation, but mainly because of the Fed’s super loose monetary policy.

Once the Fed and other global central banks (the only price-indifferent buyers) start to leave, it will create very significant shock — more of a shock than most pundits would have envisioned. By Advocate’s analysis — this harkens back to my days at Citi when I ran to Citi’s U.S. Rate Strategy Group — we estimated $100 billion of net Treasury supply would ultimately result in about 10 basis points of higher rate. The Fed’s been buying about a trillion dollars of Treasuries, so take that away and you get 1% higher rates just from the Fed. So, I believe the impact of the Fed stepping back is very much under-appreciated at the present time.

Peng: Well, it’s actually just a rewind of what brought rates lower, except we’ll be moving in the other direction when the Fed leave the scene. Rewind time, and you can see interest rates going back to two, three, even four percent before the appearance of the Fed’s loose monetary policy. It’s pretty straightforward in terms of supply and demand, and we look for interest rates to potentially double from current levels in the next year and a half, two years time. We will certainly be living in interesting times, for sure.