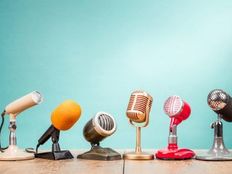 Ritholtz Wealth Management director of research Michael Batnick and director of institutional asset management Ben Carlson recorded a live episode of their podcast Animal Spirits for Future Proof. “Animal Spirits” is a show about markets, life, and investing. Typical episodes revolve around Batnick and Carlson discussing what they are reading, writing, listening to, and watching.

They started off with the wrap of earnings season. “I do believe that despite all the doom and gloom and bearish narratives out there, I do believe Q2 will be an all-time record,” Batnick said, showing a chart claiming that the S&P normally bottoms in a recession about midway through. He sees 2023 as a potential bottom.

Carlson’s counterpoint is that “things are already pretty bad.” Noting the narrative that the 60/40 portfolio is broken, he pointed to the Nasdaq being down 25%, long bonds being down 35%, and bitcoin being down 60%. “A 60/40 is still the cleanest shirt in a dirty laundry pile,” Carlson said.

The two diverted to allow Batnick to discuss how In-And-Out is — in their opinion — actually bad, brewing much controversy among the West Coast crowd. Carlson used the brief East/West food throwdown to bring up one of his favorite investing metaphors: He described a dog walker in NYC with a dog running all over the place. Everyone around the dogwalker is watching the dog to see where it’s going, with not enough people watching the dogwalker.

Batnick stepped back to the world of investing to discuss options and interest rates, saying, “Options have become such a bigger piece of the overall market than they have in the past, and people are very bearish.”

The pace of global interest rates is unprecedented in Batnick’s opinion. Carlson said this could be a good thing. “Fixed income investors can finally earn big yields.”

He felt that the macro “doom and gloom” crowd has been predicting the crash of the dollar since 2009. Since the 1970s, the dollar has remained solid. Global ex-U.S. has been weak for a long time, which Carlson saw as being due to the strength of the dollar. He wondered why small-caps haven’t been doing better in this light.

“I think it’s a myth that small-caps are more exposed to the U.S. economy,” Batnick said.

The U.S. has been outperforming international stocks for 15 years now. Batnick didn’t have a theory on what turns this around, while Carlson speculated that markets are so cyclical that “there doesn’t have to be a good reason for it.”

Scrolling Through the News

Batnick and Carlson scrolled through some news items, starting with mortgage rates. The housing market is likely to be thorny for a while, Carlson said, with 85% of outstanding mortgages locked in sub-5% mortgages and 24% locked in sub-3%. This makes it unlikely that someone will be persuaded to give up their house for significantly higher mortgages, creating gridlock in the housing market.

Returning to earnings season, Batnick noted that 75% of companies reported earnings above estimates. This is actually slightly below the five-year average of 77%. All sectors, led by energy, reported year-over-year growth. During Q2 earnings season, the market rewarded positive earnings more than average and punished earnings that fell short less than average. Stocks that beat earnings were up 1.9% the next day, while stocks falling short fell only by 0.8%. “Does the market know something we don’t?” Batnick wondered.

Robinhood announced that it is creating an investor index to track the performance of the top 100 most owned investments on the platform. Batnick and Carlson weren’t sure that this index will perform well. Looking at its top names, which include Tesla, AMC, Gamestop, and a number of meme stocks (as well as Ford for an unknown reason), Carlson predicted that it would be down 70%–80% this year.