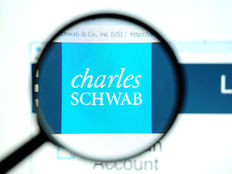 Evan Harp: My first question is, now that the surveys had some time to be out in the world and analyzed, what do you feel have been the biggest takeaways that experts have gleaned from the survey?

David Botset: I appreciate the opportunity to chat with you today on the results of the survey which, I think you are aware, we’ve been doing for over a decade now. So, it’s always interesting to see the latest results and to see how it’s digested by the marketplace.

I would point to three things that I have seen in the coverage and that we at Schwab have seen in the coverage of the release of the survey, and that is first the good insights that ETF investors have had over the past five years in seeing what percentage of their portfolios they anticipated would be represented by ETFs. Now, one of the results that we highlighted from the survey was in 2017, when we asked ETF investors to look five years in the future, and what percentage they would expect their portfolios to be invested in ETFs. They said 33%, this year, when we asked them that question, they indicated it was, in fact, 33% of their portfolios invested in ETFs.

The second thing I think of is education and familiarity of ETFs. I’ve been in the ETF industry now for over 15 years, and one of the mantras that we’ve heard as an industry is the need to provide education and familiarity on how to trade ETFs and what are the benefits they provide compared to other wrappers, and how to use them in portfolios. What we’re seeing in the results of the survey is that investors increasingly are more and more comfortable with ETFs. I think we’ve made great inroads with that education mantra.

Then, the third thing, I think, that is really telling is the desire of investors to increasingly personalize their investments – whether that be in the form of having ETFs that provide very specific exposures like thematic or ESG, or even those ETF investors that are increasingly familiar with other opportunities, such as direct indexing as ways to personalize.

I think those three elements of the insights that they have around what percentage of their portfolio would be in ETFs – They’re increasing. Confidence in selecting ETFs and how to use them. And, thirdly, the desire to personalize is what we’ve seen picked up in a lot of the coverage.

Evan Harp: If I were a financial advisor and I was trying to figure out how to practically apply the data to the survey, what’s the thing that I should most be paying attention to?

The number two thing then is how to use ETFs within a portfolio. I think many times that advisors and RIAs can sometimes look at ETFs and the easy ability to facilitate trading and make allocations, and say, “well, that may step away from what we’re trying to deliver from a strategic allocation perspective, to provide for my clients’ long term financial results,” but, in fact, what we’ve seen in the survey results is that you tend to see more strategic use of ETFs. Certainly there are pockets of investors that trade them more dynamically, but I think some of the results, such as how investors reacted to recent market events such as volatility in the market and higher interest rates, have indicated they tend to stick with their strategies and don’t necessarily trade just because of the ease of nature of trading that ETFs provide.

Evan Harp: Speaking of the volatility, since the survey came out there’s obviously now a lot of concern about widespread recession. If the survey were coming out now or if you were just starting to do it now, do you feel like the events of the last couple of weeks might have impacted how people are thinking about things?

David Botset: It’s really hard to say how investors react. Clearly, the state of the market today is different than when we had done the survey in June, but I think what we’ve seen, if I can use history as a guide to what we may find, I suspect that we would not find a lot of significant differences in the results of the survey if we did it today versus when we did the survey about three months ago.

I think what we have, and the reason I would point to that is what we have seen over the decade-plus time that we’ve been doing the survey, is that investors have indicated in increasing usage of ETFs, the focus on the areas that they’re most interested in, and evaluating ETFs – like things around low cost, track record, tax efficiency, those are types of things that hold true and benefit investors, regardless of the market environment. And they’re in what we have seen in the data.

Evan Harp: That’s a great answer. Is there a result, a specific result in the survey, that hasn’t garnered a lot of attention but that you think should?

The reason I highlight that is we’ve continued to see this potential interest from ETF investors in actively managed ETFs. I thought it would have played out over the past three or four years in an even greater growth trajectory in the asset levels of actively managed ETFs than what we’ve seen – and that’s not to say that we haven’t seen growth and actively manage ETFs assets. We certainly have seen positive inflows there. But it’s clearly been in pockets and areas in particular, like fixed income. It hasn’t been as broad as they thought it may have been based upon either the results we saw this year or the results we’ve seen to similar questions in past years.

Evan Harp: That’s interesting, especially in the context of active management beating benchmarks at striking levels this year, which was I think maybe the best results active has had in quite some time. So that could certainly be an impact as well.

David Botset: I think it is. The other impact that I may point to is the increasing number of semi-transparent ETFs that are in the marketplace today. And we know that there are multiple different approaches to the semi-transparent structure. So, similar to what I talked about earlier around education and increasing familiarity and comfort with ETFs, I still think there’s a good deal of education that investors are still digesting around semi-transparent ETFs. Acceptance and familiarity in that space could lead to potential asset growth in those products in the future.

Evan Harp: You had mentioned earlier, of course, that you have been doing this for a decade. I have a two-fold question for you. How has your process for this research changed over the past 10 years?

David Botset: I think there’s a lot of consistencies that we’ve tried to control for with the survey over the decade-plus what we’ve been doing it. A couple of those things is really having a similar type of profile of investor in terms of age range, minimum investable assets, and also doing control for having both ETF investors – so individuals that have invested in ETFs for the past year, two years – and non-ETF investors, so those that have not invested in ETFs for the past two years. We try to maintain some stability there so that the results year over year, I think, are more informative than if we change it.

Now, clearly, as we think of that age range of 25 to 75, those individuals that are now 25 today, think about when we first did this. They were in their teens, literally teenagers, they were quite young. I think one of the things that’s telling about that education is that for that generation of investors, the term ETF has been in our nomenclature the entirety they’ve grown – from high school and into college. So, it’s not something that is new or different to that early generation as it was the older investor that was more familiar with a mutual fund structure.

I call that out because I think about my own children, right, and they are school-age, but they’ve always had, for example, an iPhone around or an iPad around. It becomes second nature to them to be able to operate an iPhone or an iPad. You compare that and contrast that to my parents, where you put an iPad or an iPhone in front of them they need a lot of teaching and learning to understand how to use it. To me, that is one of the reasons that younger investors are increasingly familiar and comfortable because it’s always been a part of the nomenclature of the investment landscape since they were quite young.

David Botset: [Laughing] It very, very much, isn’t it? I wouldn’t say that the older generations say this is the downfall but definitely have stayed a little bit more tried and true to the traditional investment approaches that they’ve had.

Evan Harp: Looking back at what you saw a decade plus ago in the survey and comparing it to the most recent survey results, what’s the most striking thing to you?

David Botset: I think it’s the factors that investors are looking at when they’re choosing an ETF. So let me explain that, if we were to go back 10 years, seven years, even five years, there was a pretty big delta between number one on that list and things below number one on that list. The number one item has remained the same, let’s not lose sight of that. It’s cost. Cost remains the number one item, but there used to be a much larger gap between number one and everything else on that list because we’ve seen the compression in the ETF space and a smaller divergence in fees in many of the categories in which ETFs are available. Those secondary and tertiary elements that people are considering have increased in importance and relevance relative to the total cost. So, suddenly, if I’m comparing three or four products that are three, four, and five basis points, and there’s very little delta between that change, suddenly the track record of the ETF and the ability to track an index, the reputation the ETF provider, the liquidity, the total assets, better understanding the distinctions between the indexes, which sometimes can be quite small that an ETF tracks – those are becoming have become bigger considerations and are more on par with that total cost.

Evan Harp: That’s really interesting. Do you have closing thoughts on all of this?

David Botset: You know, I think I’ll just add one other item. It goes back to that next generation of investors. It was telling this year, I think, as we added what we call “Generation I.” I think what we’ve seen across generations, from Boomers to Gen X to Millennials, based upon the feedback we’ve gotten from what we call “Gen I,” which are those individuals that are new to investing since 2020, I think we’re anticipating or seeing that the results of that, right now, indicate that the trend is likely to continue in terms of the relevance of ETFs and utilization of ETFs and investment portfolios.