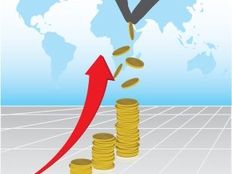 We all want to know when interest rates are expected to rise and how to benefit from them. Read on to find out how.

Here is a list of exchange traded funds, or ETFs, that may provide outperformance for investors if interest rates rise in December or early next year.

Six Funds That Could Benefit From Higher Interest Rates

If and when the Federal Reserve finally raises interest rates, there will be some winners and losers. Among the losers are companies that have high levels of debt in their capital structures, such as utilities. These companies will see their costs of capital increase, which then will hurt their profitability. On the other hand, certain companies will benefit from higher interest rates. The most likely winners of a rising-rate environment are in the financial industry.

Below is a table that lists six ETFs that could outperform if interest rates increase. These are ETFs that hold equities in the regional banking and insurance industries within the broader financial sector.

These six ETFs were chosen because of their industry focuses. Companies in regional banking and insurance have deposits and large amounts of financial assets to invest. The reason why they should directly benefit from higher interest rates is because they earn more on loans and investments, while the interest they owe tends to move more gradually. The interest spread between their assets and liabilities will rise when interest rates increase. This improves their margins and profitability. Be sure to read more about Interest Rates and Financial ETFs.

These ETFs are attractive to value and income investors because they predominantly hold equities that are cheap on a valuation basis and pay dividends. Each of the six ETFs above carries an average P/E below the S&P 500, which trades for about 21 times earnings. Furthermore, all six ETFs provide modest dividend yields that can boost performance.

Rate Increase on the Horizon

Since the financial crisis in 2008, the Federal Reserve gradually reduced the fed funds rate to zero through a series of rate cuts. But since the economy was brought out of recession and is in recovery, many of the Federal Reserve’s necessary targets justifying a rate hike have been met. As a result, economists widely expect the Federal Reserve to raise interest rates at its next meeting in December.

In conclusion, as interest rates rise, the financial sector will be a major beneficiary. Insurance companies and regional banks could outperform the broader market in a rising rate environment. Investors looking to protect their portfolios against interest rate risk should research these ETFs.

Image courtesy of iosphere at FreeDigitalPhotos.net

Defense and Income On the Front Lines of Flows

Learn the ABCs of the QQQs

Keep This ETF in Your Back Pocket to Fend Off Inflation