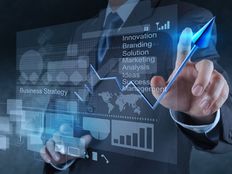 What History of the Fed Shows Us About Rising Interest Rates

It has come. The Fed told us so. In December 2016, the U.S. Federal Reserve raised its benchmark interest rate to 0.75% from 0.50%. The Fed further increased its benchmark rate another 25 basis points to 1.0% at its March 2017 meeting. According to Janet Yellen, the Federal Reserve expects to raise interest rates two more times in 2017 as the U.S. economy continues to show signs of improvement.

So how will a Fed interest rate hike affect certain investments?

Mortgage holders, investors, brokers and average consumers shudder at the thought of a Federal Reserve rate hike. Everyone knows it’s coming – the US economy has been strong; the need for quantitative easing has waned; and frankly, the Fed has been telegraphing the news for some time.

The last cycle of rate hikes occurred in 2006, and so the markets have not seen any reactions to interest rates in about a decade. But the history of rate hikes has not necessarily shown market declines or mass sell-offs. On the contrary, while some volatility and swings can occur, investments have survived and thrived in the wake of Federal Reserve rate hikes.

There have been six rate hike cycles since 1983. During those cycles, the S&P 500 Stock Index dropped on the day of the Fed’s rate increase only half of the time. But according to data from Birinyi Associates, equities climbed 2.3% after the first rate hike in January 1987 and 1.6% following an increase in June 1999.

Many feel that being strategic about the investments they choose is the way to go in a rising interest rate environment. Banks and other financial sector plays might be in for long-term gains due to higher spreads on loaned amounts. Whereas utilities, for example, probably won’t do as well as financials because they’ll be paying more interest on debt.

Read more on why financials are likely to do well during rate hikes here.

Fixed income investors can take the “laddering” approach, in which they invest in bonds that mature on different dates. Staggering the maturity dates allow investors to avoid being locked into a single interest rate with the idea that, over the long term, they will be able to reinvest at higher interest rates.

For example, an investment like a Real Estate Investment Trust (REIT) is often driven by many factors that include interest rate levels but also include the strength of economic activity. According to REIT.com, because interest rate increases reflect positive changes in economic activity, positive movements will also occur for REITs as new hires seek out places to live and corporations expand their commercial office space, etc.

Calvin Schnure, senior vice president of research and economic analysis for the National Association of Real Estate Investment Trust, says: “Context matters in evaluating the impact of higher interest rates. The current environment has strong parallels with the 2004-to-2006 period when the Fed began raising rates gradually after a long period where they had been quite low. What happened to REITs is quite informative: Solid economic growth boosted occupancy and rents, helping the REIT sector deliver a 69 percent total return over this period – well ahead of the S&P 500.”

Even with this recent Fed rate hike, investors are more likely to see a relatively slow and steady climb over a long period of time. The Fed expects three rate increases to occur in 2017. For investors, there are investments to be made and strategies to take just to be on the safe side.