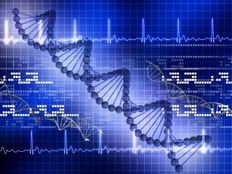 The biotech industry has experienced quite the reversal over the past few months. After posting some of the strongest gains in the S&P 500, biotech stocks fell dramatically from their highs in mid-July to make new reaction lows.

The big question on the minds of investors is: Will the biotech rally resume or will these ETFs see ongoing pressure over the coming quarters?

Causes of the Downturn

Biogen Inc. (BIIB) deserves much of the blame for biotech’s lackluster performance over the past couple of months. In July, the company cut its revenue and earnings guidance for the rest of the year, citing weak sales of its flagship multiple sclerosis drugs. The day after posting its earnings, the stock fell more than 23% and about $20 billion of value was erased from its market capitalization, causing a ripple effect throughout the sector.

The financial media also began to express concerns over the increasing regulatory scrutiny over drug pricing, following Valeant Pharmaceutical International Inc.’s (VRX) battle with regulators over the rising price of their drugs. Presidential candidate Hillary Clinton compared the practices to “price gouging” and vowed to introduce measures to limit other such price increases if she takes office, which has increased the sector’s political risk.

At the same time, companies like Express Scripts Inc. (ESRX), the largest pharmacy benefits manager in the U.S., outlined plans to refuse to pay for drug price increases. The company has already implemented the measure on several drugs, stating exactly how much prices can be inflated over the course of the contract. Any additional price increases come back to the plan sponsors to be covered.

Biotech giants, like Amgen Inc. (AMGN) and Gilead Sciences Inc. (GILD), reported strong second-quarter earnings, despite Biogen’s weakness. But many investors are waiting for the third quarter’s earnings season to get a clearer picture. In the meantime, many biotech ETFs have seen their prices move off of their lows and stabilize so far in October, suggesting the market may view them as oversold.

The opposition to the politicians demanding lower drug prices has also grown, counting investors like Pershing Square’s Bill Ackman among their supporters. During the Bloomberg Markets Most Influential Summit, he said that drug companies put their profits into research and acquisitions, rewarding investors, and producing more innovative products, which creates a net benefit for society despite the sticker shock seen in some cases.

There is also some debate as to whether drug price increases are a substantial component of biotech companies’ earnings. In a filing, Valeant argued that details from reports by Citron Research, Veritas Investment Research, and AZ Value Investing were inaccurate and the company hadn’t been dependent on these increases. Short sellers and politicians have been focused largely on the list price rather than the true negotiated prices – or WAC.

Biotech stocks took a beating between mid-July and late-September, but some investors believe the move may have been oversold. While most are waiting on the sidelines for third-quarter financial results, those willing to take on some risk may want to consider getting in while the prices are low, betting that many of these concerns are overblown.