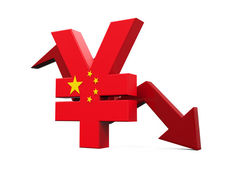 On October 1, China’s yuan joined the International Monetary Fund’s (IMF) basket of reserve currencies, a major achievement in Beijing’s effort to internationalize its currency. The milestone also laid to rest any confusion about China’s yuan policy, which had appeared enigmatic in recent years.

The People’s Bank of China (PBOC), which manages the currency on a daily basis, said the inclusion of the yuan into the SDR “is an affirmation of the success of China’s economic development and results of the reform and opening up of the financial sector.”

The yuan’s journey to reserve status has been a long ordeal. It wasn’t until 1994 that the China Foreign Exchange Trade System (CFETS) was officially established in Shanghai to allow settlement of the yuan against the U.S. dollar, yen and Hong Kong dollar. Since then, the yuan has been a major pillar of China’s economic policy, allowing Beijing to manage its exchange rate to benefit domestic exporters.

The PBOC maintained a hard peg on the dollar-yuan exchange rate for more than a decade, until growing pressure from major trade partners forced Beijing to adopt a “moving float” system against other major currencies. In July 2015, China allowed its currency to appreciate by 2.1% against the greenback. By 2007, the PBOC widened the yuan’s trading band, allowing it to move as much as half a percent in either direction of a daily reference rate against the dollar.

China would continue to make minor adjustments to the yuan’s daily reference rate until August 10, 2015, when it introduced a significant shift in its currency policy. The PBOC devalued the yuan by a record 1.9%, triggering widespread volatility in the global financial markets. Before the week was over, the central bank had engineered a 4% drop in the renminbi, fueling fresh fears about a global currency war. The figure below provides a ten-year snapshot of the USD/CNY exchange rate.

On the one hand, China’s decision to devalue the yuan was a clear attempt by policymakers to support exports and increase the role of market pricing the world’s second-largest economy. Prior to the devaluation, a series of dismal economic reports ranging from trade to inflation added to the view that the Chinese economy was losing momentum, and that Beijing would have to recalibrate its annual growth target. As it turned out, China’s economy expanded just 6.9% in 2015 – the slowest rate in 25 years. It therefore came as no surprise when in March, Premier Li slashed China’s growth target for this year to between 6.5% and 7%.

On the other hand, the devaluation also fits into Beijing’s plan to make the yuan a globally preeminent reserve currency. Prior to the devaluation, China was (and still is) criticized for its tight restrictions on the domestic economy. Reserve currencies that have a strong reach beyond their borders, such as the US dollar and euro, simply aren’t bound to the same aggressive interventions as the renminbi.

By allowing the yuan to fluctuate, the PBOC allows it to behave more like a normal currency, making any future attempt to boost its value less politically expensive. Since the yuan is strongly related to the U.S. dollar, a devaluation was also considered necessary to account for the massive appreciation in the greenback since mid-2014, right around the time the Federal Reserve adopted a more hawkish tone on monetary policy.

Economists are in general agreement that Beijing favours a stronger currency, as this aligns with Beijing’s broader ambition to internationalize the yuan. That goal has become more complex in recent years, and perhaps more difficult to achieve, as the value of Chinese exports has weakened along with the rest of its economy.

While it’s clear that China’s currency policy is a means to achieve greater global influence, how it fits into the country’s broader economic agenda is less than clear. Policymakers are currently straddling two seemingly conflicting policy agendas: promoting traditional export-led and investment-led growth on the one hand and leading a painful transition toward consumption on the other. This transition has been felt across the globe by commodities, multinational corporations and export-driven countries that rely heavily on Chinese demand. The only thing certain about this paradigm is that ups and downs in the country’s economic performance are simply unavoidable.